Today, Minister of Foreign Affairs Nikola Selakovic expressed his gratitude to Italy for supporting the continuation of the enlargement of the European Union and the process of European integration of Serbia.

After the meeting with Minister of Foreign Affairs of Italy Luigi di Maio, Selakovic announced that a joint session of the governments of Serbia and Italy would be held in November, which would be followed by a business forum.

He emphasised that the two countries have a long tradition of good and friendly relations, as well as that Italy is one of the most important political and economic partners of Serbia in the EU.

The Minister stated with satisfaction that the strategic relations between the two countries, established 12 years ago, have been developed in practically all institutional areas, as well as that they are very stable and consolidated.

Selakovic said that he had discussed with his Italian counterpart all topics of interest to both countries, adding that they noted that economic cooperation between Italy and Serbia was developing in a good direction this year, as well as showing signs of recovery after the pandemic.

He pointed out that the interest of Italian investors in the market of our country is not declining, but has a tendency to grow, adding that Serbia considers the visit of the head of Italian diplomacy extremely important and timely.

According to him, Di Maio's visit is very important, having in mind the need to reaffirm the positive agenda and to evaluate what is the success of Serbia, both in regional policy and in terms of European integration. 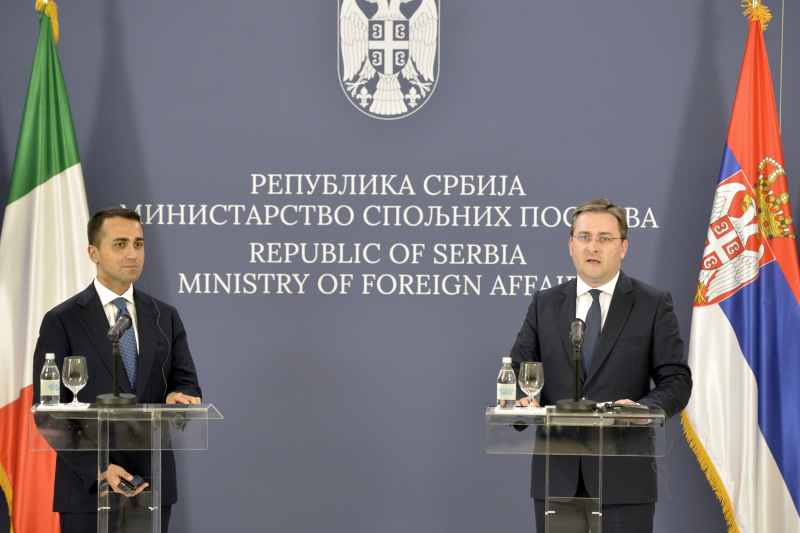