Call to investors from Bahrain to invest in Serbia

Minister of Finance Sinisa Mali opened today the Serbia-Bahrain business forum, where representatives of the Serbian economy had the opportunity to present business activities of their companies and the potential for cooperation with businessmen from Bahrain.

Mali said in the Palace of Serbia that it is planned to sign agreements on the avoidance of double taxation and promotion and protection of investments of both countries, which would, on the legal side, make doing business easier and boost bilateral economic cooperation.

He added that there are also plans to make an agreement on the strategic association with Bahrain, like the one that Serbia already has with the United Arab Emirates.

The Minister told businessmen from Bahrain that Serbia is a good investment destination for several reasons, one of them being that our laws are in harmony with the European ones, due to our strategic goal to become a full member of the EU, which gives a sense of security to investors.

Mali added that Serbia has free trade agreements with the EU, Eurasian Economic Union, Turkey and CEFTA, which gives an opportunity to all investors who come to Serbia to export tax and duty free to a market of one billion people.

According to Minister Mali, Serbia has also fared well in the fight against the pandemic, where it fought on two fronts – the health and economic.

Thanks to the support packages for citizens and the economy, in the total amount of €8 billion, the economy managed to avoid the scenario of laying off workers and closing factories, Mali explained.

He stated that our economy remained stable, we had the lowest drop in GDP in Europe, unemployment was lower in 2020 compared to 2019, and public debt was not endangered and remained below 60 percent.

On the other hand, Serbia fought to provide enough masks and medicines for the citizens, to build two covid hospitals, increase the salaries of health workers, and it also managed to secure four brands of vaccines.

Serbia has been repeatedly declared the country that, in relation to the size of its economy, attracts the most foreign direct investments, which means that it is economically stable, has a good taxation system and supports investors, the Minister pointed out.

He presented the "Serbia 2025" programme to the delegation from Bahrain, under which an investment of €40 billion in infrastructure is planned – in highways, railway reconstruction, construction of industrial parks, environmental protection, by which we want to make Serbia even more attractive for new investors. 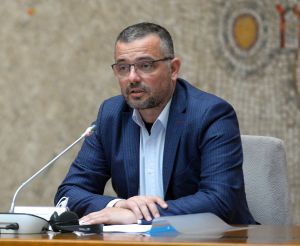 Deputy Prime Minister and Minister of Agriculture, Forestry and Water Management Branislav Nedimovic stated that today's forum is attended by domestic companies in the field of agriculture business, IT sector and logistics sector, which is very important due to the distance between the two countries.

Namely, if we want to export to Bahrain, we must be logistically well connected, he underlined and added that it takes 10-12 days for products from Serbia to reach the ports, noting that Bahrain has made all its ports available to Serbia.

Nedimovic specified that businessmen from Bahrain are interested in strawberries and berries, beef and lamb, but also in all vegetable crops.

He noted that Bahrain provides only 25 percent of its food needs on its territory, while everything else must be imported, and underlined that if everything goes according to plan, the export of our products to Bahrain will be possible next month.

Executive Director of the State Investment Fund of Bahrain Khalid Omar Mohamed Al Romaihi pointed out that he is impressed by the results that Serbia has achieved in the field of the economy, adding that today's business forum is a chance to start business ties between Serbia and Bahrain.

He explained that the organisation he heads intends to get expanded in the agricultural sector as that sector provides most opportunities for cooperation between the two countries.

I think this is certainly an area where we can work closely with Serbia. In addition, Serbia has a stable economy, which is the main factor that every investor is looking for, Al Romaihi emphasised.

According to him, in addition to agriculture, the areas for cooperation in which Bahrain is interested are also real estate, financial technologies, IT, food industry, telecommunications and other. 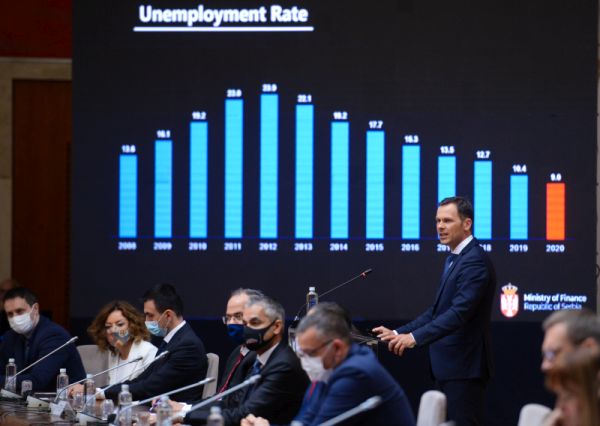