Minister of Finance Sinisa Mali reminded the employers that today is the last day of the application for the payment of half of the minimum wage for March, and that the application for April starts tomorrow, which is part of the third package of support to the economy and citizens.

The third package of assistance to the economy and citizens envisages the payment of half of the minimum wage in three months for entrepreneurs, micro, small, medium and large companies, which together employ approximately 1.5 million people, and RSD 69.8 billion were allocated from the budget for this measure.

Mali explained that employers can apply for the use of these measures on the portal of the Tax Administration, for each month separately, and they have time to apply until the last day of the given month.

The first payment of half of the minimum wage will be made on 8 April, and it will refer to March, followed by payments in May and June. The money will be paid into special purpose accounts that will be automatically opened for businessmen, and from there the money can only be transferred to the employee's account, the Minister explained.

He also noted that employees from the cafe and restaurant industry and tourism sector, tourist guides and car rental agencies will receive another full minimum salary, in addition to three payments of half the minimum.

There are two more sectoral aids. The same financial aid will be paid for all city hotels as in 2020, which is €350 per bed and €150 per room. The third sectoral aid refers to the sector of bus transportation, which will receive €600 per month for each bus, Mali explained.

According to him, private consumption is also very important, in order to go towards the set goals of economic growth. The registration of citizens for €60-euro aid (€30 twice) starts on 28 April.

Mali also referred to the help for the unemployed, explaining that they will receive an additional €60 in June, and our citizens in Kosovo and Metohija will receive financial aid of €100, including children, or €200 if they are unemployed. 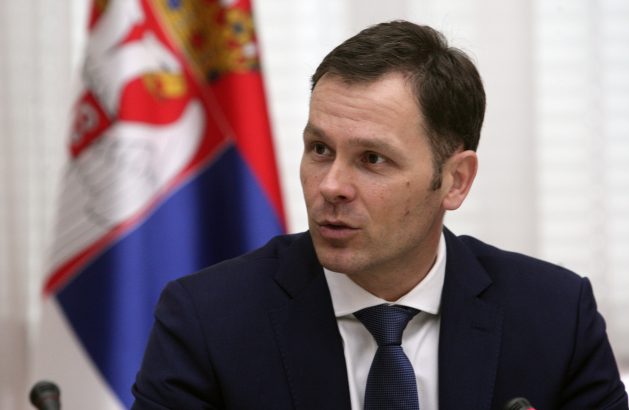