At the opening of the mentioned gathering, which was organised by the Chambers of Commerce of Serbia and the Czech Republic, Selakovic said that the mutual economic cooperation is based on a developed trade exchange and growing Czech investments.

According to him, the total trade in 2020 amounted to approximately €1.2 billion and recorded a decline of 2% compared to 2019.

Czech businessmen who have already invested in Serbia are our best ambassadors, the minister said, adding that, according to the data of the Business Registers Agency, as of 8 March, 219 business entities were registered in Serbia, the majority owners of which are Czech citizens.

Direct investments of Czech businessmen in Serbia since 2010, ending with three quarters of 2020, amounted to €227.8 million, which puts the Czech Republic in 19th place on the list of countries with the largest investments in Serbia in that period, said Selakovic.

Petricek reiterated that the bilateral trade of €1.2 billion generated last year is very important, considering that last year, in addition to the difficult health situation, was also very difficult in the economic sense for the whole world.

He expressed hope that at today's forum, businessmen from the two countries will find their future partners and that they will increase their profits. 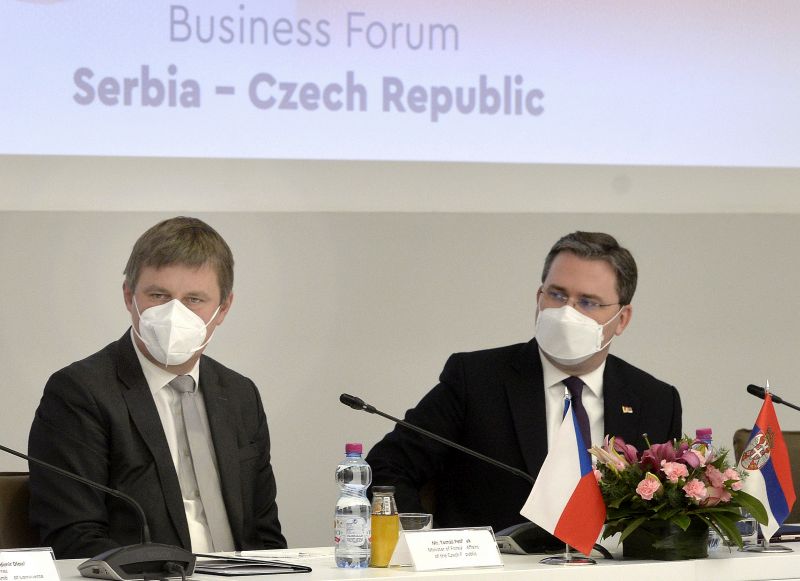