Serbia remembers pogroms of Serbs in Kosovo from 17 years ago

President of the Republic of Serbia Aleksandar Vucic pointed out today that our country is neither weak nor a loser, saying that something like the pogrom of Serbs in Kosovo and Metohija on 17 March 2004 can no longer happen again without a clear and serious response.

At the commemoration of the Day of Remembrance of 17 March 2004 at the National Theatre in Belgrade, Vucic said that Serbia is doing it without threatening with weapons, without inciting and calling for blood, but that it is ready to prevent it from happening again.

Winners remember, forgive and move on. The losers revolve in a vicious circle. Today, Serbia is a country of reason, which is not losing and is moving forward. Kosovo is our cross. And you can see better from the cross than from below, you can see the resurrection, the President of Serbia pointed out.

There can be no reason for revenge against one nation, for someone to crush it, to destroy it, Vucic underlined, noting that everything that happened is contained in the Russian word "pogrom", and that includes an attempt to cleanse an area from people of other nations and religions.

Vucic stated that all this happened on 17 March 2004, in front of the eyes of the international community, specifying that more than 60,000 Albanians participated in the pogrom, organised and instructed to solve the Serbian issue in Kosovo and Metohija. 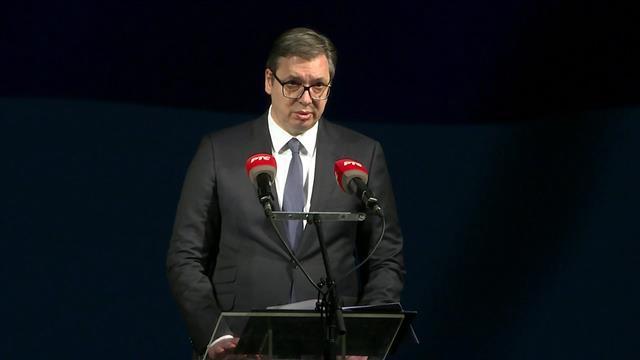