A joint tactical exercise with combat shooting of the Serbian Army "Joint Action 2020" was held today at the temporary testing range "Pester", which showed all fighter planes and helicopters with which the Serbian military is equipped.

The exercise was attended by President of Serbia and Supreme Commander of the Armed Forces Aleksandar Vucic, who inspected members of the Serbian Army and gave a signal to start the exercise, as well as Prime Minister Ana Brnabic.

Vucic stated that the Serbian Army belongs to all our citizens, regardless of religion and nationality, that it is ready, capable and trained to save them and our country in case it occurs to anyone to carry out aggression against Serbia.

He expressed gratitude and congratulated all members of the Ministry of Defence and the Serbian Army on today's exercise, which, as he pointed out, we could not have in many details even during the time of the great Yugoslav National Army.

Helicopter landing in a small space, in two rows with tanks firing live ammunition over each other. These are some of the things we have never done, Vucicpointed out.

This, as he added, is the first time that all aircraft of the Serbian Army are armed with air-to-air or air-to-ground missiles and cannons.

The aim of the exercise is to show the state of training of commands and units of the Serbian Army in solving tactical and fire tasks during the joint forces operation, with a focus on air fire support of the Land Forces. 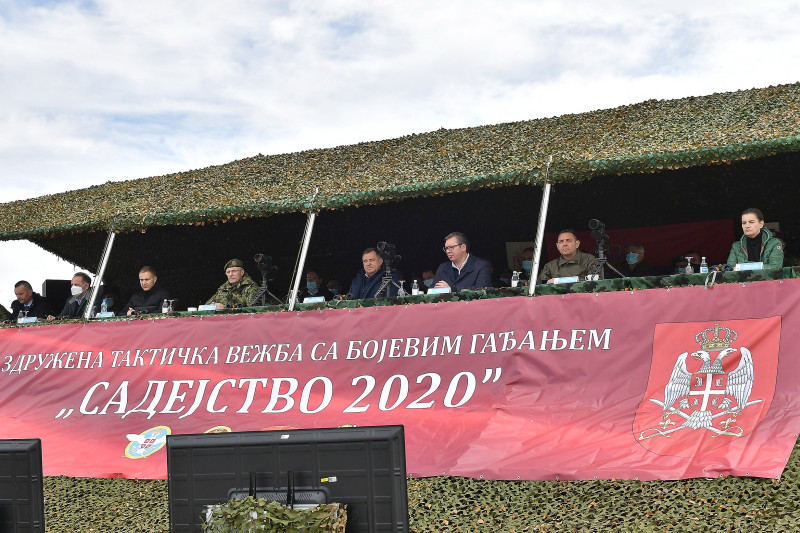 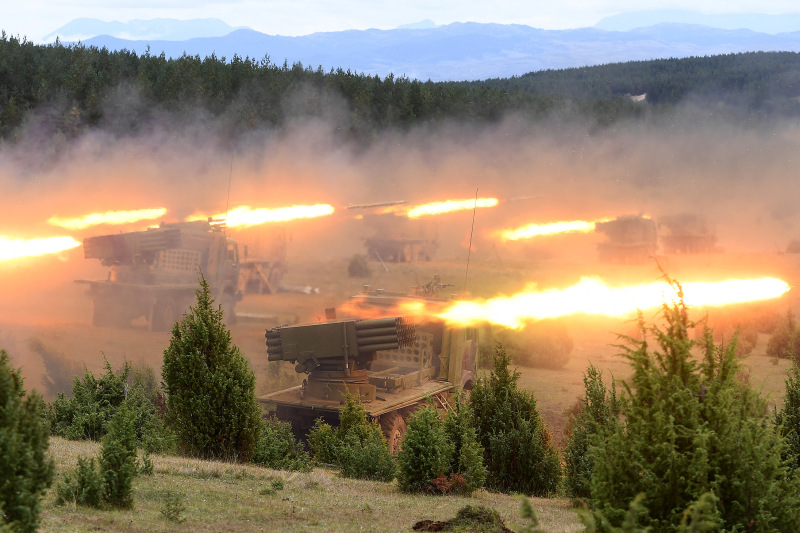