Serbian President Aleksandar Vucic stated tonight that on the basis of the Constitution and after hearing opinions of representatives of all electoral lists that entered the Serbian parliament, he signed a decision to nominate the latest Prime Minister of Serbia Ana Brnabic as a candidate for the position of Prime Minister in a new government.

Vucic said at a press conference at the Palace of Serbia that he thinks highly of her and that she is a woman that used her term in office as Prime Minister to fight fiercely for her country, by conducting a disciplined and responsible policy.

He said that he expects from her to consider creating two new ministries – for human rights, gender equality and social dialogue and a ministry for care for children and demography.

Vucic added that he suggested Brnabic that 50 percent of a new government be composed of women and voiced his belief that she will have understanding for this petition.

The Serbian President underlined that members of the parliament and government will have to be committed and that there will be great changes in public companies, which will bring a new quality, energy and strength to Serbia.

I am optimistic and convinced that Serbia will manage to preserve peace and stability and create an accelerated growth for its citizens, Vucic stated and called on the parliament to support Ana Brnabic and her cabinet.

The Serbian President added that Serbia faces many challenges – pressures regarding Kosovo-Metohija, the health situation and colder weather that is approaching and how to respond to economic challenges in a time of closed borders with the EU and the world.

Vucic underlined that Serbia boasts about three very important political facts and these are a free, independent and sovereign state, a Serbia on the European path and a Serbia that will keep friendly relations with Russia, China and build better and better relations with the United States of America.

From these political frameworks, the new government will have three basic goals in the next four years – increasing the economic power of Serbia, further construction of roads and railways, and boosting the health care capacity of the country, the President of Serbia concluded. 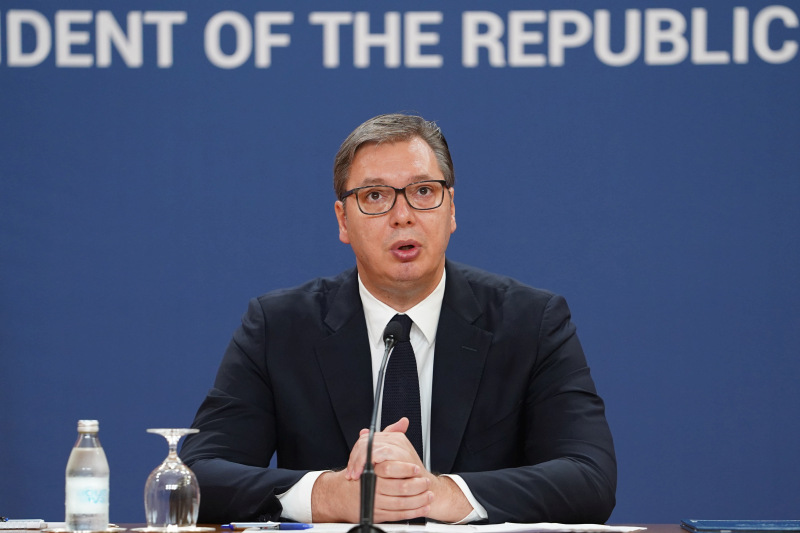