Minister of Finance Sinisa Mali stated today in Washington that the Agreement on the normalisation of economic relations between Belgrade and Pristina provides an opportunity for the entire region to make even greater economic progress.

After signing the agreement in the White House, in the presence of US President Donald Trump, Mali said that this document will contribute to even faster integration and economic development of the entire region.

He highlighted the completion of construction of a motorway from Nis to Pristina worth €1.1 billion, for which the American government undertook the obligation to provide financing.

He added that the completion of the construction and reconstruction of a railway from Nis to Pristina in the value of €1 billion was also agreed, for which the American government also undertook the obligation to provide financing.

According to Mali, these two projects are very important because they will contribute to faster transport of goods and services, but also to faster connection between Pristina and Nis, and finally Belgrade.

Mali underlined that it is especially important that the Serbian delegation managed to secure that the American International Development Finance Corporation (DFC), which is the main development agency of the USA with an annual budget of more than $60 billion dollars, open its office in Belgrade.

The Minister underlined that the most important contribution of the Agreement is that the Pristina authorities have accepted to be part of the so-called Mini Schengen.

The most important thing is that we have the full support of the American administration, which guarantees more investments and money and a better standard of living for all citizens in the region, he concluded. 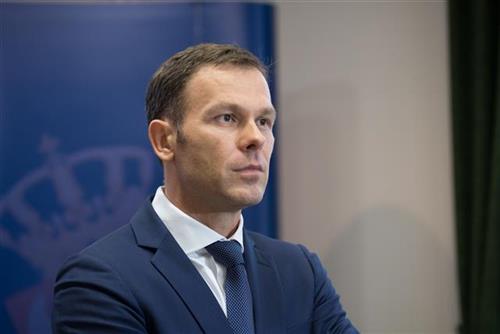