Beginning of works on construction of Lajkovac-Iverak fast road

Deputy Prime Minister and Minister of Construction, Transport and Infrastructure Zorana Mihajlovic attended today, together with President of the Republic of Serbia Aleksandar Vucic, the marking of the beginning of works on the construction of the Lajkovac-Iverak highway.

On that occasion, Mihajlovic pointed out that Serbia today is a different country than it was a few years ago, primarily because of the large infrastructure projects that have been completed.

By building a fast road, which will connect Valjevo with the "Milos Veliki" highway, we have fulfilled another promise we gave to all the people of Valjevo, she said.

Vucic said that with the completion of this project, Valjevo will get an extraordinary fast road, as well as that this project will regulate the Kolubara riverbed.

According to him, they will arrive from Valjevo to Belgrade in less than an hour, new investors will come to Valjevo and there will be new jobs.

Our goal is to bring people back to Valjevo and the Kolubara district, which has gained many new roads. In two and a half years, we will go to Valjevo by a highway, the President announced.

The financier of the project is the government of Serbia, the investor of the PE "Roads of Serbia", and the works will be performed by the Chinese company "Shandong". 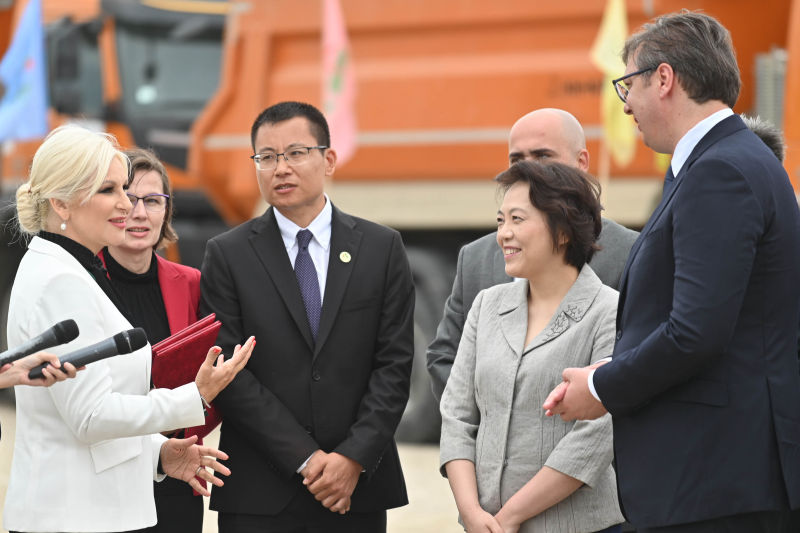