Elections in Serbia slated for 21 June

President of the Republic of Serbia Aleksandar Vucic stated tonight, after meeting with representatives of nine political lists that announced participation in the elections, that parliamentary and local elections in Serbia will be held on 21 June.

Vucic underlined that elections are a democratic right and the greatest interest of the citizens and the state of Serbia, to elect the parliament and other state authorities.

He added that the opinion of health experts will be taken into account regarding the election campaign.

Vucic announced that if all goes well, the Serbian parliament will lift the state of emergency on Wednesday, which is why the question of elections re-emerged. They had been scheduled for 26 April, but were postponed due to the COVID-19 epidemic.

The president said that he accepted the proposal of some political parties to have 38 days for the election campaign before the date of the elections, which is why the parliamentary and local elections in most municipalities will be held on 21 June.

According to him, major electoral rallies are not expected in May, especially indoors, while as for June, the opinion of doctors will be considered.

After this difficult period, we need to create an atmosphere of support and elect a parliament and government that will serve the interest of the people, Vucic stated and wished everyone success in the elections. 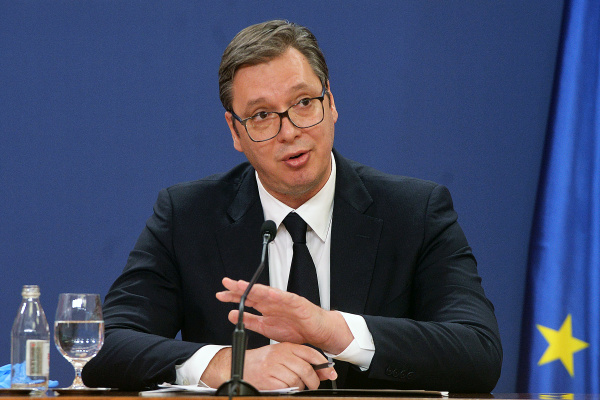