Prime Minister Ana Brnabic said today in a meeting with Italian Minister for European Affairs Vincenzo Amendola that Italy's firm support for the European path of Serbia and the stability of the region is one of the pillars of successful bilateral cooperation between our countries.

The Prime Minister welcomed Italy's efforts to support the start of negotiations between North Macedonia and Albania with the European Union, which is also a major support for the stability of the entire Western Balkans region.

She pointed out that economic stability is one of the priorities of this government, as well as reforms in other areas, such as improving the work of the state administration and the rule of law.

Brnabic emphasised that she is pleased with the results in the development of the Media Strategy, whose draft, in accordance with the procedure, will be forwarded to the government for adoption after the opinion of the competent ministries.

Amendola reiterated Italy's support for Serbia's European integration and the efforts our country is making in implementing reforms.

He also reiterated the position of Italian Prime Minister Giuseppe Conte during his recent visit to Belgrade, that Italy is firm in its intention to be Serbia's ambassador on its European path.

The Minister assessed that Serbia was going in the right direction, first of all, when it came to the economic stabilization of the country, and praised the efforts the state is making in economic reforms, increasing the standard of living and economic security of Serbian citizens.

Amendola emphasised that Serbia's great potential lies in its young professional staff, which is the key to the success of each country. 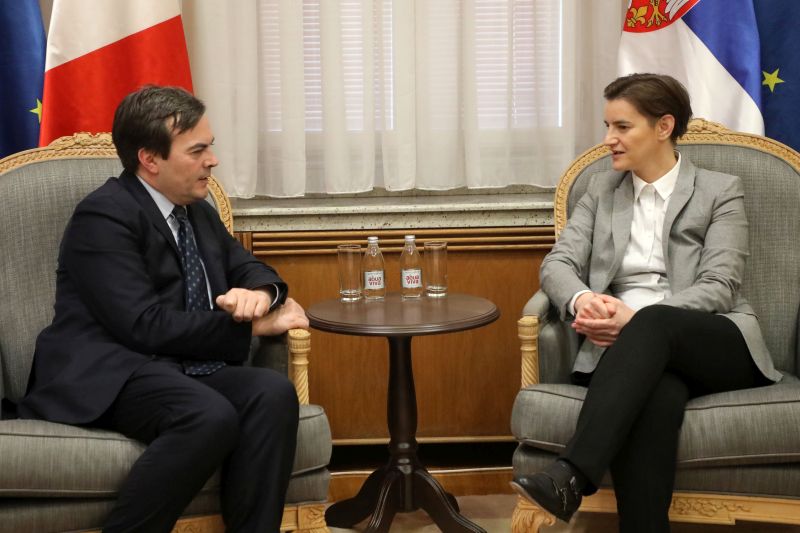