President of the Republic of Serbia Aleksandar Vucic said today that he had a long, open and honest conversation on all key issues with French President Emanuel Macron, and that he told Macron about the great reputation that France with the Serbian people, but also in the whole region.

Vucic told a news conference that he asked the French President to help and support Serbia on the European path and in resolving the Kosovo-Metohija crisis.

I am not a dreamer, but I am convinced that the enigma and political enthusiasm of Macron can change a lot on the European continent and will help our country, said Vucic.

The President said that he Macron discussed all important regional and European issues, and that he presented all our problems, primarily regarding the resolution of the Kosovo problem.

He noted that the agreements signed are very important, and he specially cited an agreement on the cooperation of French companies that will bring employment of highly educated people to Belgrade and Novi Sad.

The President particularly expressed his gratitude to French companies and Macron for the possibility of military-technical cooperation at an even higher level.

We are also interested in buying other optoelectronic devices from France. We are doing this so that we can always preserve and protect our country, and France, as our ally in the First and Second World War, and an important weapon producer, can be someone who can cooperate with us better, Vucic said.

According to Vucic, significant agreements relate to the landfill in Vinca, the production of thermal energy, as well as a French school in Belgrade, which will be able to receive pupils from 1 September.

These are all things that profoundly change our strategic relations, Vucic said, reminding that French companies in Serbia employ more than 12 000 people.

Macron said that Serbia is a great European state and nation, and noted that the EU must reform itself in order to be ready to receive our country.

Serbia needs to respect its sovereignty, and I support the sovereignty of those I respect, Makron pointed out, and added that Serbia is in the EU accession process, so that the EU must make some decisions for its better functioning. 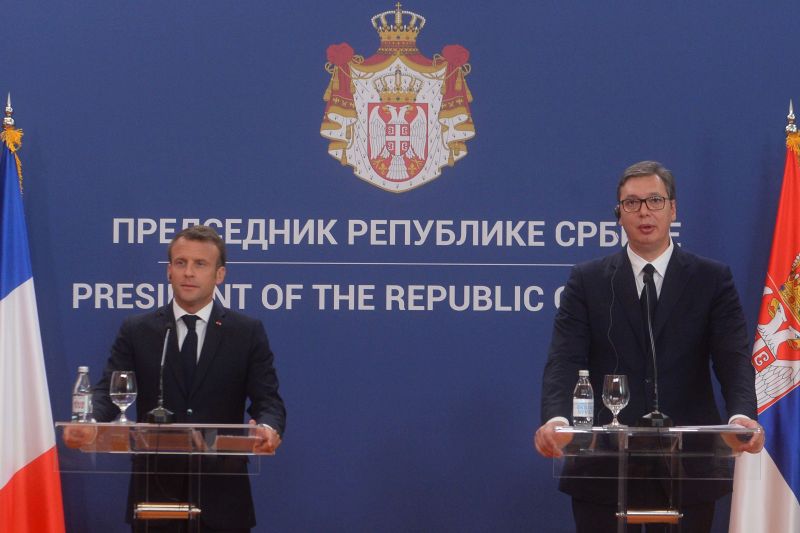