High level of agreement with Russia on all issues

President of the Republic of Serbia Aleksandar Vucic said today that he told President of the Russian Federation Vladimir Putin that Serbia has always been ready for talks and compromise, but that it cannot and will never accept to be humiliated.

At a joint press conference with the President of Russia, who is on an official visit to Serbia, Vucic underlined that the delegations of the two countries reached a high degree of consensus on all issues.

He expressed his gratitude for Russia's support to maintaining the integrity and independence of Serbia, saying he is very pleased with the progress of the two countries' cooperation in all areas.

Vucic said he informed his Russian counterpart about everything that is happening regarding Kosovo-Metohija, about the illegal tariffs imposed by the Albanian authorities in Pristina, and about the establishment of the so-called "Kosovo Army", contrary to UN SC Resolution 1244.

It seems to me that we have received considerable support from President Putin in this regard, he stressed, adding that it is completely clear that without Russia there will be no solution to the Kosovo issue, and that before reaching any agreement he will consult the Russian president.

Vucic also said that the work is underway on the construction of the Turkish Stream gas pipeline through Serbia and that our country wants the best and the cheapest gas for its citizens, which is Russian gas.

Putin stressed that Russia's position on Kosovo is clear - Moscow supports a mutually acceptable solution for Belgrade and Pristina, which must be based on Resolution 1244 of the UN Security Council.

This resolution does not allow for the existence of any armed formations in Kosovo other than that of the United Nations contingent. We share the concern of Serbia because we know that such moves lead to instability in the Balkans. Our support will continue, the Russian President said.

He recalled that the Brussels Agreement is not being implemented and pointed to the fact that the Community of Serb Municipalities has not been formed yet.

Russia is ready to cooperate with everyone, but it is also important that international law is respected and that the solution is fair.

Putin also announced that Russia is ready to invest approximately $ 1.4 billion in the development of infrastructure in Serbia, among other things, in the continuation of construction of the Turkish Stream gas pipeline across the territory of Serbia. 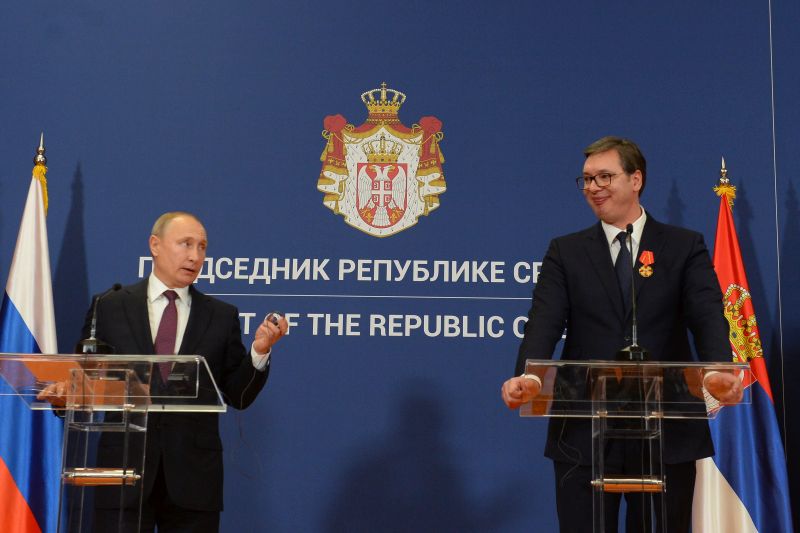