Internally displaced persons and expellees from Kosovo and Metohija 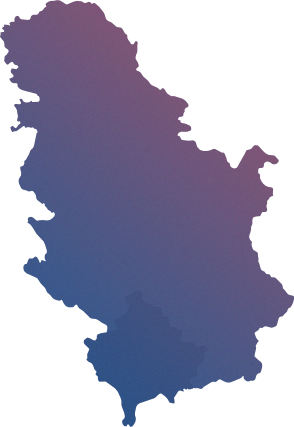 The United Nations Security Council Resolution (UNSCR) 1244 (1999), the Constitutional Framework, and the UNMIK-FRY Common Document, adopted on November 5, 2001, have confirmed the obligation of providing security, observance of human rights and return of internally displaced persons and expellees. UNMIK has been vested with full authority and responsibility to implement these tasks on behalf of the International Community. Over 280,000 internally displaced persons came from Kosovo-Metohija and have found their temporary accommodation on the territory of Serbia-Montenegro, outside Kosovo-Metohija, for over five years now. The results in the process of repatriation are more than sub-satisfactory. Only 11,000 people have been returned to their homes, 5,000 of whom are Serbs, while around 4,000 are still displaced and suffered exile in the March 2004 pogrom conducted by Albanian extremists, when 900 houses and apartments were burnt down and when over 30 Serbian Orthodox churches in Kosovo-Metohija were destroyed.

Tab. 1 Internally displaced persons according to region of origin

There are also an additional 20,000 internally displaced individuals from Kosovo-Metohija, who moved from multiethnic environments to almost mono-ethnic enclaves. The number of registered displaced and expelled persons is 212,781 in Serbia, and 29,500 in Montenegro. This data clearly indicate that a violation of principal human rights (including the rights to private property) guaranteed by the European Convention on Human Rights, slows down the process of returns to Kosovo-Metohija. Fear, lack of security and freedom of movement, as well as lack of legislative mechanisms and institutions in Kosovo-Metohija, create a political milieu unfavourable for returns. The inability to recover one's property and to enforce other human rights as provided by the European Convention on Human Rights and the United Nations Security Council Resolution (UNSCR) 1244 (1999), are the greatest concerns and a significant burden to democratic authorities of Serbia-Montenegro and the Republic of Serbia. The example of Bosnia-Herzegovina unequivocally demonstrates that good results may be achieved only after special conditions have been provided for dignified and sustainable returns. The FRY-UNMIK Common Document of November 5, 2001 confirmed the priority to "ensure a safe and unimpeded return of displaced persons to their homes in Kosovo" (UNSCR 1244: 11k). Apart from the return of internally displaced persons, the survival of Serbs and other non-Albanian communities in Kosovo-Metohija is of utmost importance. UNMIK and the Coordination Centre for Kosovo-Metohija have undertaken the responsibility to apply identical principles, criteria, measures and methods, unconventional if necessary, to provide all conditions needed to prevent the process of further displacements.

It is well-known that the transformation of Kosovo-Metohija into a predominantly Albanian territory is a result of the following processes:

I. Demographic expansion of the Albanian population, which has changed the ethnic structure of the province,

II. Dislocation of Serb and other non-Albanian communities under pressure,

III. Purchase of real estate owned by Serbs and other non-Albanians at exaggerated terms.

Displacement of Serbs and other ethnic groups after June 1999

IV. The process of displacement of Serbs and other ethnic groups has continued intensively even after the arrival of the International Peace Keeping Forces on June 10, 1999. Despite their efforts, fear and insecurity of the Serbs and other non-Albanian communities have grown due to the fact that it has been impossible to provide protection against Albanian extremism and vengeance.

The fourth and the fifth processes were for a certain period justified by the Milosevic's regime, with whom the international community could not cooperate on the implementation of the UNSCR 1244 (1999). After the democratic changes in Serbia-Montenegro and Serbia on October 5, 2000, these processes have continued and the International Peace Keeping Forces have not undertaken adequate and satisfactory measures to stop and prevent these processes. Such a situation contributes to further displacement and absence of return of the Serbs and other non-Albanian communities to Kosovo-Metohija. This increases the level of distrust and intern-ethnic tensions, thereby discouraging the confidence building process and the creation of a multiethnic Kosovo-Metohija.

For the returns to be sustainable and respectful, it is necessary to provide income-generating opportunities for all citizens of Kosovo-Metohija. To achieve this, economy must be developed and employment opportunities for a great number of unemployed must be created. Privatisation is certainly a strong incentive for economic development, and Serbia-Montenegro and Republic of Serbia must also join this process. Serbia-Montenegro and Republic of Serbia, the overall economy and all citizens have important investments in the economy of Kosovo-Metohija. It is important to note that Serbia-Montenegro owes $1.3 billion to foreign creditors for the Kosovo-Metohija economic debt. There is also a debt to pension beneficiaries, including Albanians, who worked hard and developed the country and its economy. It is also important to cover employment contributions for all workers who were left jobless for reasons beyond their control.