Prime Minister Mirko Cvetkovic and members of his cabinet today laid a wreath at the memorial in the courtyard of the government in front of the entrance where on this day nine years ago the then Prime Minister Zoran Djindjic was killed. 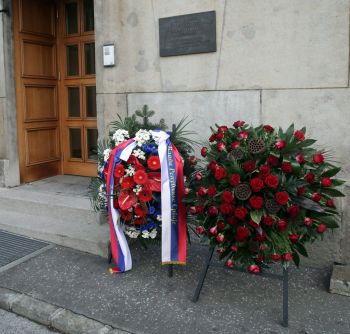