Director of the Office for Kosovo and Metohija Petar Petkovic stated that Prime Minister of the interim institutions of authority in Pristina Aljbin Kurti continued last night, with the incursion of the Kosovo police into the north of Kosovo and Metohija, with illegal and violent actions aimed at occupying the north of our province.

Last night, at an extraordinary press conference, Petkovic reported that, according to information obtained by Belgrade, between 300 and 350 police officers invaded the north of Kosovska Mitrovica, from the direction of South Mitrovica towards Bosnjacka Mahala, around 8:30 p.m.

According to Petkovic, the policemen, among whom there were patrolmen with body armour, but also ROSU members with long barrels and in full military gear, deployed and blocked the entire city, and then stationed themselves in certain neighbourhoods.

He reminded everyone in Kosovo and Metohija, as well as those in the West, that according to the Brussels agreement, the Kosovo police do not have the right to be present in the north of Kosovo and Metohija, but only the police of the North Directorate can do so, stressing that everyone knows this very well and apparently allows Kurti to engage in dangerous actions aimed at undermining the Brussels Agreement.

He recalled that two days ago, Kurti exerted violence, stating that this is his way of dealing with the Serbs and causing incidents in order to forcibly impose the holding of illegal elections that he wants to carry out in the north of Kosovo and Metohija in four municipalities.

After this violent and illegal act, significant changes will follow when it comes to the process of normalisation and dialogue, Petkovic stated and announced that the President of Serbia, Aleksandar Vucic, will hold important meetings on this topic in the next two days, about which he will inform the public.

The Director of the Office for Kosovo and Metohija said that Belgrade will consider, within the framework of what is provided for in Resolution 1244 of the UN Security Council, especially Article Four and Article Six of Annex Two, the return of up to 1,000 members of our security forces to the territory of Kosovo and Metohija.

Belgrade will not allow the expulsion and suffering of the Serbian people from Kosovo and Metohija to be repeated. I hope that after what happened tonight, those who need to bring Kurti to his senses understand what this important message means, because we want to save our people and we will not allow anyone to persecute, kill and mistreat them, Petkovic concluded. 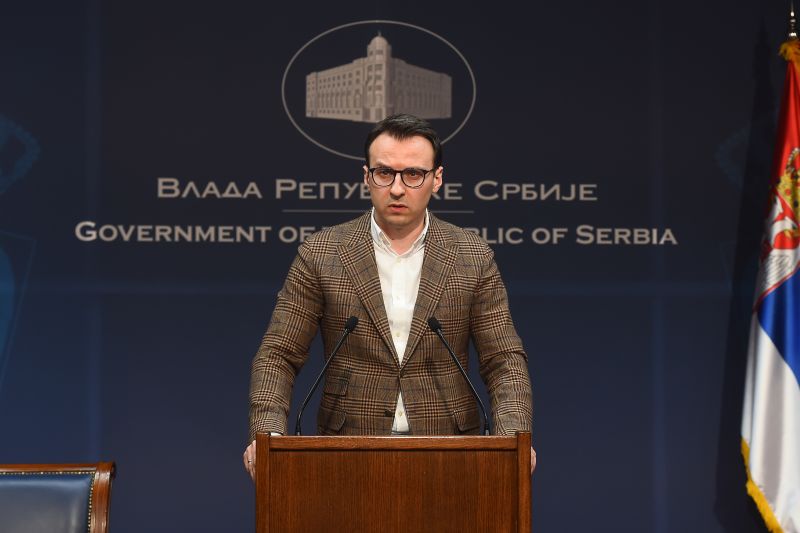