President Aleksandar Vucic said today that he is satisfied with the outcome of the agreement in Brussels because we preserved the peace, adding that the most important thing is that our people in the province will not be mistreated and that the KM plates will remain and survive.

In his address to the public, Vucic said that the first condition for the return of Serbs to the institutions has been met, there are no fines and car seizures, but there is still one more – the formation of the Community of Serb Municipalities.

It is important for us that the communiqué clearly states the necessity of fulfilling and implementing previous agreements, which is of key importance, he pointed out.

He also emphasised that this is exactly what he insisted on the most and that there is no getting around it.

When it comes to other Serbian plates with the denomination of Kosovo Metohija towns and municipalities, the President explained that they de facto do not exist, especially south of the Ibar.

As for KM plates and new cars, there are up to 90 of them per year, and as for renewal, it runs normally and there is no obligation anywhere in this regard. I even said that we are ready to stop that while the negotiations are ongoing, he pointed out.

According to him, it is important for us that the negotiations continue and that the KM licence plates, of which there are around 7,000 owned by people living in Kosovo and Metohija and 2,000 in central Serbia, are valid.

The President assessed that the agreement is also a small tactical victory in terms of status, which, however, will lead us into an even more difficult situation in which we will be exposed to more difficult pressures.

I am also satisfied that we did not endanger the whole of Serbia and that this year will be a record year in terms of the level of foreign direct investments, because you can fight for that when you have peace, said the President of Serbia.

He pointed out that the situation with the Serbs in the north of Kosovo and Metohija is boiling over, people are fed up with the terror of the Pristina authorities, saying that this is not a topic for political quarrels.

The President pointed out that he knows what kind of complicated situation awaits us and added that he has to admit that the European representatives, as well as the representatives of the United States, were very rational in their attitude. 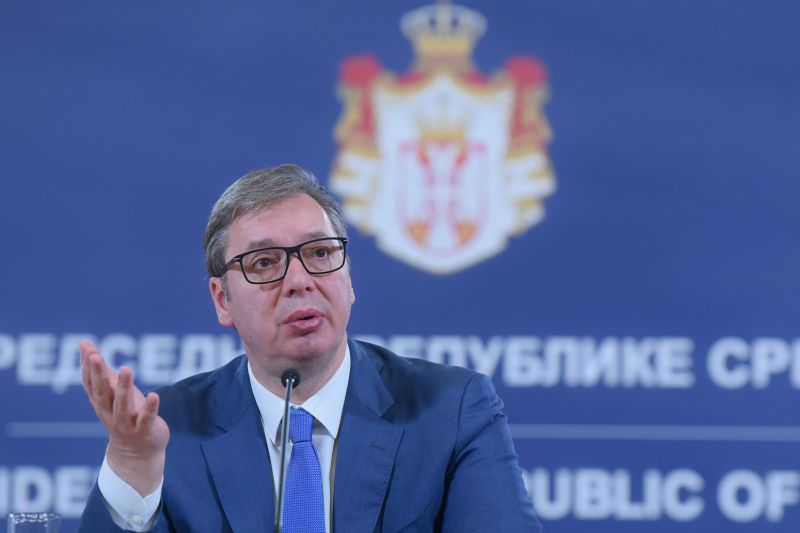