No agreement in dialogue between Belgrade, Pristina in Brussels

President of the Republic of Serbia Aleksandar Vucic said tonight that no agreement has been reached at the meeting within the dialogue between Belgrade and Pristina in Brussels, which was convened at the invitation of EU representatives due to Pristina's announcement that it would punish owners of vehicles with Serbian registration plates starting from 22 November.

At a press conference at the Presidency of Serbia, Vucic stated that the Serbian side was completely constructive, that it behaved responsibly, but that the Albanian side did not want to accept the postponement of the announced measures.

I am proud of the fact that the Serbian delegation came to Brussels with the clear intention to talk and make an agreement, to agree to compromises, and to preserve peace, people's lives and the stability of the entire region at all costs, he said.

Vucic pointed out that Belgrade has repeatedly repeated that Serbia is ready for status-neutral KS plates, but the Pristina side did not want to accept it.

At one point, we thought that we were close to an agreement on measures to avoid escalation, that Pristina suspend actions for re-registration of vehicles, and that Belgrade no longer issues or renews the same licence plates with places in Kosovo and Metohija. However, Pristina refused, he said.

The President of Serbia added that Serbia will accept the advice and requests of EU High Representative on Foreign Policy and Security Josep Borell, who requested that Pristina not apply fines, and that Belgrade not issue new KM plates.

Vucic pointed out that we will see what the Pristina side will do and added that today it is clear to everyone in the EU who was constructive and who wanted an agreement, who wanted to preserve peace and stability, and who did not.

What we insisted on is that when you talk about something in the future, the agreements that have been signed must be respected, and that is what is always a stumbling block, because Pristina does not want to implement what was signed, but they would like to something that was never agreed upon is being implemented, he emphasised.

He also added that what has already been signed in the Brussels Agreement must be implemented, and that primarily refers to the formation of the Community of Serb Municipalities, which the representatives of Pristina refuse to implement.

The President of Serbia told the Serbian people in Kosovo and Metohija that their country will be with them no matter what. 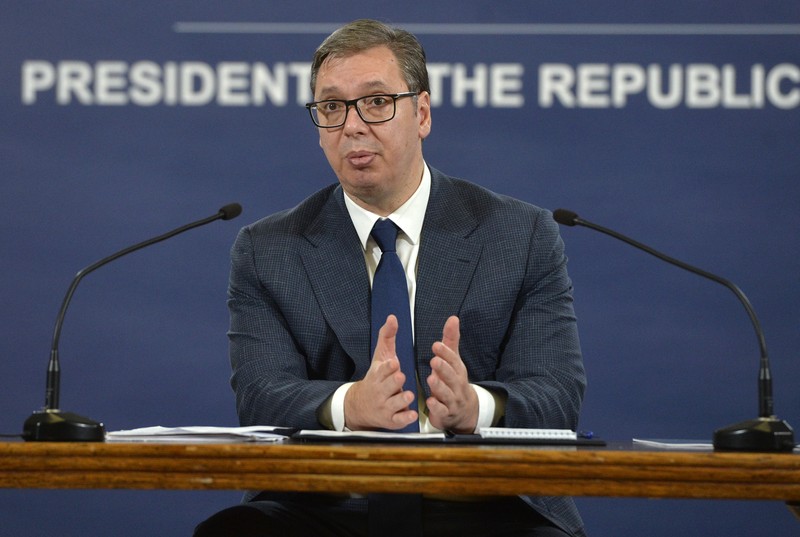