Serbia will fully stand by its people in Kosovo and Metohija

In his address after the session of the National Security Council, which was preceded by a meeting with representatives of Serbs from Kosovo and Metohija, Vucic said that we are ready to continue discussions and negotiations on all topics, and that we will do everything in our power to preserve stability and de-escalate situation, but that we will stand by the Serbian people if they are attacked.

He pointed out that NATO's role is not to be a switchman in the north of the province and to be against the local Serbian population who are fighting against injustice and the collapse of the UN legal order, saying that the Serbs in Kosovo and Metohija and the state of Serbia are the only ones who respect the Charter of the UN and the legal order of this organisation, including resolutions as general legal acts.

Given that everyone appeals to the UN Charter and Resolution 1244, the question is when NATO forces will allow Serbian army personnel to return to the province, as stipulated by the UN Charter, said Vucic and asked under which act the Kosovo army is being formed.

The Serbian President stated that the French-German plan for Kosovo and Metohija, supported by the USA, was discussed at the session, stressing that we are ready to continue talks and negotiations, but that there are things in that plan that we cannot accept, about which we informed the representatives of the highest states.

Vucic recalled that Belgrade received a demarche few days ago from representatives of the Quint countries and the EU, which deals with the license plates and the energy system.

In the part on license plates, the demarche states that the action of Kosovo regarding the license plates is legitimate and in line with the agreements reached in the course of the dialogue between Belgrade and Pristina, but that the problem is the methods and time and that this causes concern.

However, that is not true, and that was concluded at the session of the National Security Council, he said and added that he informed representatives of the Quint countries and the EU about that, as no such thing was ever mentioned in any agreement. 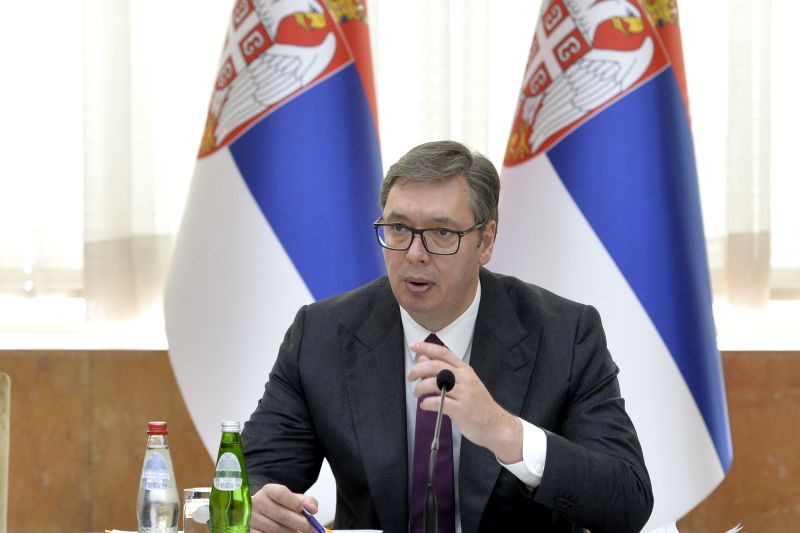