Dialogue only way to resolve disagreements between Belgrade and Pristina

Director of the Office for Kosovo and Metohija Petar Petkovic spoke today with Special Envoy of the United Kingdom to the Western Balkans Stuart Peach about Belgrade's commitment to overcoming the crisis in Kosovo and Metohija, which was caused by Pristina's latest unilateral moves.

Petkovic informed his interlocutor about the contents of the agreement on personal documents, by which Belgrade, with EU guarantees, managed to preserve Serbian identity cards for Serbs living south and north of the Ibar river.

He stated that an integral part of the agreement is also a disclaimer which clearly states that enabling the use of identity cards issued by Pristina is done exclusively to facilitate the freedom of movement of individuals, and that this agreement does not in any way mean the recognition of the so-called Kosovo, but that it was reached in accordance with UN Security Council Resolution 1244.

The Director of the Office conveyed to his interlocutor Belgrade's firm determination to preserve peace and stability in Kosovo and Metohija and in the region, reiterating that dialogue is the only way and manner to resolve disagreements between Belgrade and Pristina.

Peach welcomed the dialogue at the highest level between the representatives of Belgrade and Pristina and called for constructive engagement of both sides in light of the broader crisis caused by the war in Ukraine.

In this sense, Petkovic recalled that Belgrade has fulfilled all the commitments made so far resulting from the Brussels Agreement, in contrast to Pristina, which did not fulfil its biggest and most important obligation, which is the formation of the Community of Serb Municipalities, which has been delayed for more than nine years.

According to him, in addition to the non-implementation of the agreement on the Community of Serb Municipalities, Pristina is also constantly obstructing the resolution of other issues, primarily the issue of missing persons, which was initiated at the initiative of Belgrade and is for the Serbian side primarily a humanitarian and not a political issue.

He underlined that Pristina's possible persistence in implementing unilateral and illegal decisions, when it comes to license plates, will lead to a further worsening of the situation on the ground, but also to a serious threat to peace and security in the province and the region. 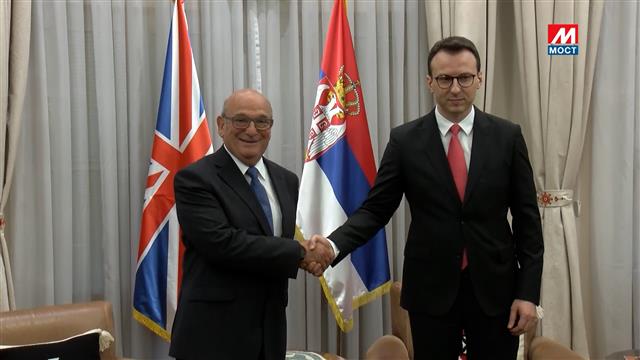