Director of the Office for Kosovo and Metohija Petar Petkovic announced this evening that, thanks to the strong diplomatic efforts of President of the Republic Aleksandar Vucic, we today managed to obtain the necessary guarantees from the EU and thus reach an agreement regarding freedom movements and Serbian documents.

"With it, we managed to ensure peace and stability in the area of ​​Kosovo and Metohija and preserve Serbian identity cards for Serbs in the southern province, both north and south of the Ibar. That's why I can say that we have significant and important news.

This is of crucial importance for the Serbs living in Kosovo and Metohija, because despite all the obstacles and blackmails, we managed to save Serbian personal documents for our people in the province, and thus we saved the presence of the Serbian state in that area.

I can inform the public that in recent weeks we have been fighting a difficult diplomatic battle led by President Vucic, starting from the obligation to respect the Agreement on Freedom of Movement signed in 2011 by the former government in Belgrade, which Pristina tried to use to abolish Serbian identity cards, and consequently, to abolish the state of Serbia in Kosovo and Metohija. We did not allow that, because we managed to save the identity cards issued by the Republic of Serbia for the Serbian people who reside in Kosovo and Metohija.

This afternoon we were informed that Belgrade's condition, which President Vucic spoke about this morning, has been accepted and EU guarantees have been received that the Serbian people in Kosovo and Metohija will be able to move freely with Serbian identity cards.

Today's agreement, which accepts personal documents primarily for the mutual practical reason of freedom of movement, is accompanied by the text of the disclaimer, which will be prominently displayed everywhere, which reads:

"Enabling the use of identity cards issued by Pristina (Kosovo) is done solely for practical reasons in order to facilitate the position of individuals and enable freedom of movement, in accordance with the Agreement on Freedom of Movement reached in the Dialogue in 2011, it cannot be interpreted as recognition of unilaterally declared independence of Kosovo, does not prejudge the determination of the final status of Kosovo and cannot be interpreted as Belgrade's consent to deviate from United Nations Security Council Resolution 1244 (1999)".

In the period ahead, significant challenges await us in connection with Serbian license plates, but I can confirm that on 1 September, Serbs from Kosovo and Metohija will not have any problems with Serbian documents at administrative crossings.

However, in the end, Pristina accepted the existence of personal documents issued by the Republic of Serbia for the Serbian people living in Kosovo and Metohija, according to the statement of the director of the Office for Kosovo and Metohija. 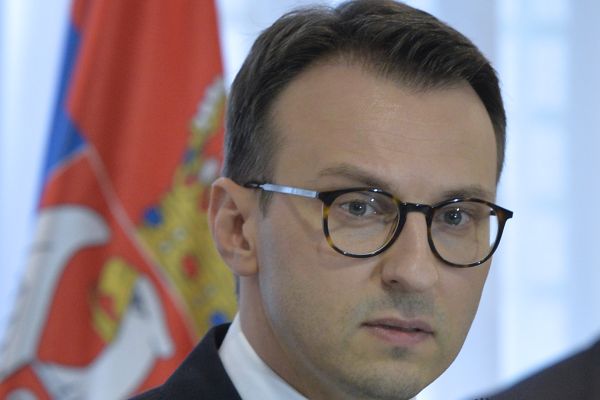