Irreplaceable role of UN Mission in peacekeeping in Kosovo and Metohija

Director of the Office for Kosovo and Metohija Petar Petkovic met today with Representative of the Secretary-General of the United Nations and Head of the UN Office in Belgrade Mari Yamashita, who he informed about the content of the recently held meeting of the Belgrade and Pristina delegations in Brussels.

Petkovic told Yamashita that Belgrade is determined to preserve peace and stability in Kosovo and Metohija and in the region and that it is resolved to persist in respecting international rules and norms.

He explained that it is necessary for Pristina to fulfil all the obligations assumed from the Brussels dialogue, especially the obligations related to the formation of the Community of Serb Municipalities, which has been delayed for more than nine years.

The Director of the Office drew attention to the fact that any persistence of Pristina in the implementation of unilateral and illegal decisions only leads to further raising of tensions and serious endangerment of peace and security, which no one needs.

Petkovic pointed to the irreplaceable role of the UN Mission in Kosovo and Metohija, in preserving peace, security and protecting human rights, and expressed the expectation that international organisations and institutions on the ground will fulfil the task of their mandate and that conditions will be created in which attacks on Serbs will not be tolerated.

He warned that the safety and security of the Serbian people on the ground are seriously threatened, which is confirmed by the fact that attacks on Serbs, their property and churches have increased by 50 percent.

The support provided by the United Nations to the fundamental principles of international law regarding the status of Kosovo and Metohija is extremely important for Serbia, which is also reflected in Resolution 1244 of the Security Council, concluded the Director of the Office. 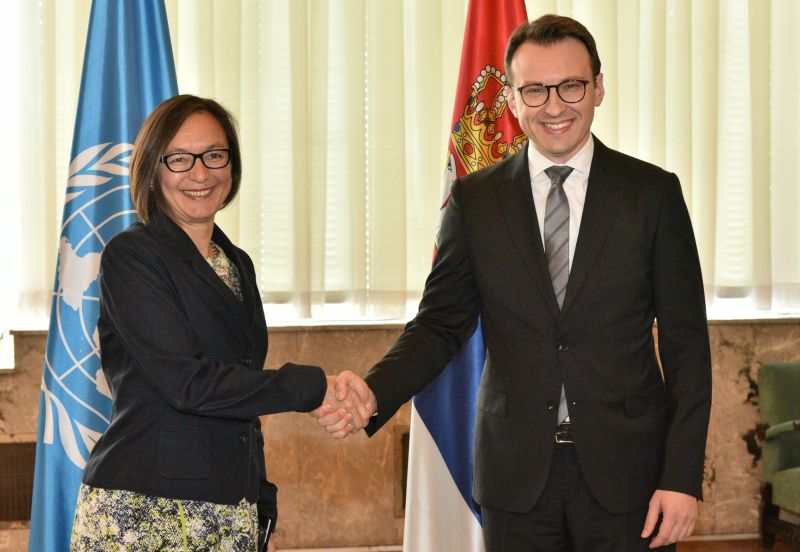