Serbia cherishes remembrance of its victims

Prime Minister Ana Brnabic stated that what was heard at yesterday’s celebration of the Croatian Day of Victory and Homeland Gratitude in Knin is shameful.

In a televised appearance on Radio Television of Serbia (RTS), Brnabic underlined that it was shameful to say that Serbs expelled themselves from Croatia and that Belgrade is to blame for that.

It is also shameful that we saw the Ustasha salute and Ustasha symbols and flag and these are messages to the Serbs who were expelled back then that they cannot return there, the Prime Minister said.

She added that deafening silence is heard from the European Union, which is not reacting to Nazi salutes in one of its member states.

Our duty is to remember our victims and we are working now on the Staro Sajmiste Memorial Centre. Greater attention is being paid to the Museum of Victims of Genocide, we also have a memorial to the victims of Jasenovac, as well as the Coast of Jasenovac Victims, Brnabic pointed out.

Regarding the situation in Kosovo and Metohija in the light of recent events in the southern Serbian province, the Brussels talks that are expected on 18 August and the statement of US Deputy Assistant Secretary of State Gabriel Escobar that the Community of Serb Municipalities must be established, but in line with the Kosovo Constitution, she said that this statement does not inspire optimism.

Belgrade expects the Community of Serb Municipalities as it was agreed in Brussels, we have been waiting for that for full 10 years, Brnabic stated. 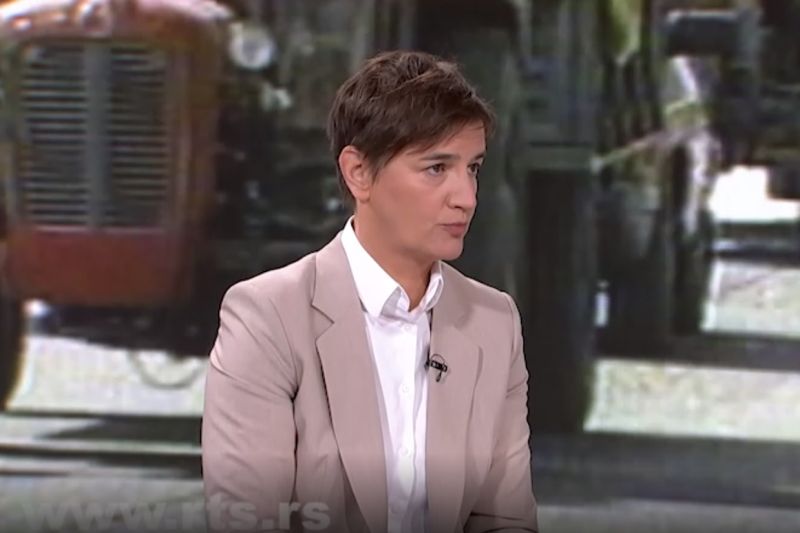