Director of the Serbian government’s Office for Kosovo and Metohija Petar Petkovic called on again today on the international community to exert pressure on Pristina to form the Community of Serb Municipalities.

Speaking at a press conference in the Serbian government, Petkovic warned of unforeseeable consequences if everything that was signed in the Brussels agreement is not fulfilled.

He recalled that 3,364 days have passed since the Community of Serb Municipalities was to be formed and added that the Community is the one that should represent the institutional mechanism for the protection of the collective rights of the Serbian people in Kosovo and Metohija, considering that these rights do not exist today.

According to him, every day we can see that the human rights of the Serbian people in the province are narrowed and trampled with the unilateral moves of Pristina and Albin Kurti - the right to vote, freedom of movement and other.

Petkovic pointed out that with the latest unilateral moves to cancel Serbian identity cards and alter Serbian license plates, Kurti wants to drag the Serbian people in the north of Kosovo and Metohija into war by all means.

Commenting on the fact that Pristina is planning to insert the wording "enforced disappearances" into the Agreement on the Missing Persons and thus directly accuse Serbia of crimes, he said that this term is absolutely unacceptable and that Pristina wants to use it to stop the negotiations on the missing persons.

We agreed on the text of the agreement that was acceptable to us because we have no problem with that topic, and then when that text was already acceptable to the European Union and all participants in the process of finding missing persons, Pristina suddenly came up with a new wording where it wanted to insert the term “enforced disappearances” in addition to the term “missing persons”, he said.

The Director of the Office explained that the wording "enforced disappearance" is a legal category that is clearly defined in the special UN Convention for the Protection of All Persons from Enforced Disappearance, where the state and state authorities are solely responsible for enforced disappearance. 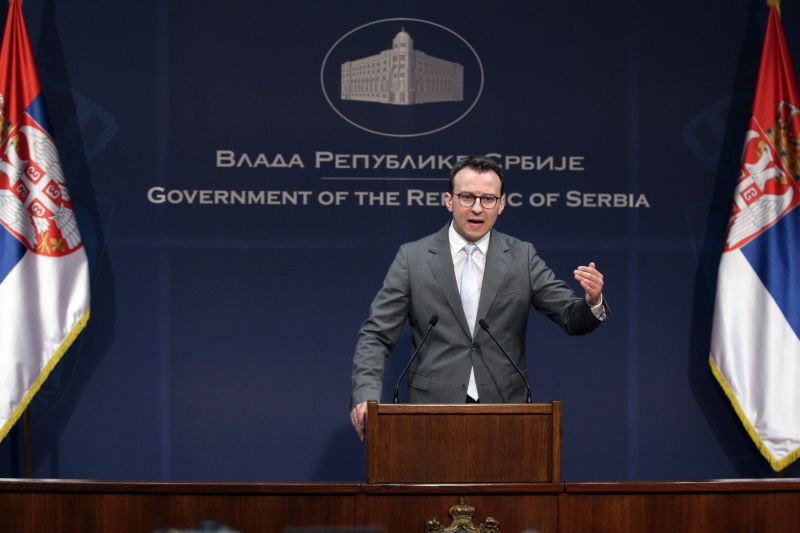