Commitment to creating an environment conducive to media freedom

Deputy Prime Minister and Minister of Culture and Information Maja Gojkovic said today, in a meeting with OSCE Representative on Freedom of the Media Teresa Ribeiro, that the relevant ministry and the government of Serbia are committed to strengthening the integrity of the journalistic profession and creating an environment conducive to freedom of expression and freedom of the media.

Gojkovic emphasised that the government of Serbia, in order to work dedicatedly and transparently on improving the environment for the safety of journalists, formed a Working Group for the safety and protection of journalists in 2020, and that good and decisive steps have been taken.

Gojkovic pointed out that the Ministry is actively working on the implementation of the Media Strategy and Action Plan and noted that, after the election process, the formation of parliament and government, work on amendments to the Law on Public Information will be completed, and that the Working Group for this laws formed in an inclusive and transparent manner.

Ribeiro stated that the OSCE supports the efforts to implement the Media Strategy and Action Plan and that it expects that, after the end of the election process, full swing will be done in order to achieve the expected results.

She stressed that the issue of journalist safety is extremely important for the OSCE and that it is necessary to have full awareness of the competent authorities about the importance of this aspect of journalist protection, adding that it is important that all threats to journalists are seriously considered, which are sent via the Internet. 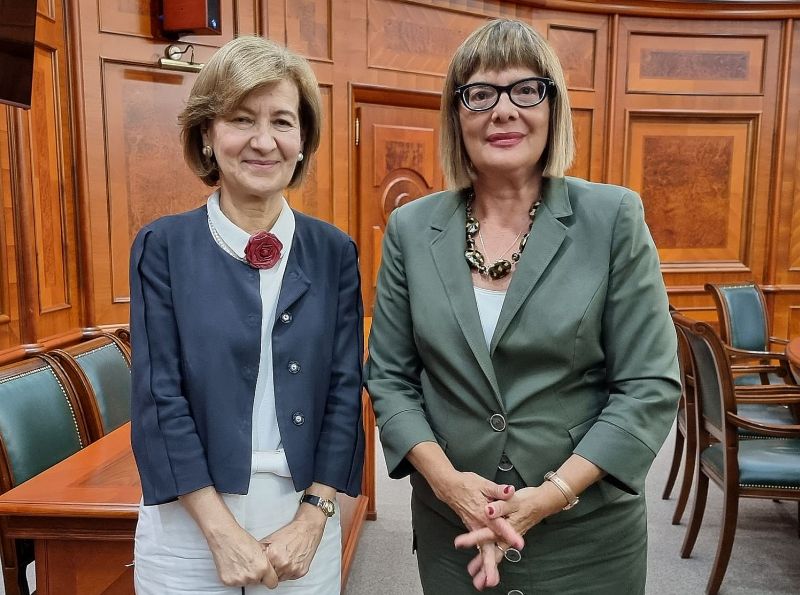