The event was attended by Swiss Ambassador to Serbia Urs Schmid, First Counsellor at the French embassy to Serbia Fatih Akcal and President of the Serbian Chamber of Commerce Marko Cadez.

Brnabic expressed gratitude to the owners of Promont Group, the Cicmil family, on showing that we can compete and be on an equal footing with the best in business and entrepreneurship.

According to her, over the past eight year the government has worked to ensure that everyone who comes to Serbia sees our country as open for business, starting from the airport, new terminal, tower, infrastructure and support to businessmen.

Figures show that Serbia is open for business, especially in the sector of tourism and hospitality. In the first five months of this year, the number of tourists increased by 70.08 percent in relation to last year, and the increase of foreign tourists is 156.2 percent, which is incredible, the Prime Minister underlined.

She added that in May this year alone, an increase of 86 percent in the total number of tourists was recorded, of whom 165 percent were foreign tourists.

Yazbeck said that this is a significant and exciting project and thanked Promont Group for having a vision of this project.

We will give our best so that your hotel is even more successful than it is today, Yazbeck said and added that Accor group has been committed to sustainability for many years, and that the Fruska Gora National Park supports sustainable tourism.

Cicmil said that this is an exceptional day for him and added that their company has been recognised in tourism on the domestic market. He specified that last year Banja Vrdnik was the third most visited, after Sokobanja and Vrnjacka Banja, whereas in the first quarter of this year it rose to the second place, after Vrnjacka Banja.

Last year we employed over 300 workers, whereas this year that number increased to 400, Cicmil underlined. 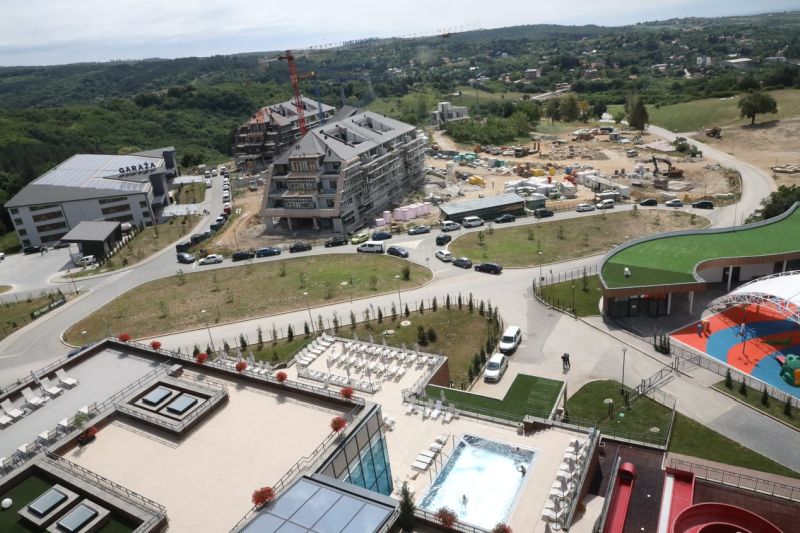