Differences in Western Balkans should be resolved through agreement, compromise

Director of the Office for Kosovo and Metohija Petar Petkovic talked today with Adriatic and Balkans Director at the Italian Ministry of Foreign Affairs and International Cooperation Andrea Cascone.

Petkovic informed Cascone about the course of dialogue between Belgrade and Pristina and underlined that unlike Belgrade, which fulfilled all the deals under the Brussels agreement, Pristina has not fulfilled its biggest and most important obligation, and that is the formation of the Community of Serb Municipalities, for over nine years.

He underlined that Pristina persistently avoids the implementation of the agreements on energy, judiciary and the freedom of movement too and the Pristina side has also made no progress regarding the issue of the missing persons.

However, in addition to not wanting to implement decisions and agreements from Brussels, Pristina authorities do not want to implement their own decisions either, and thus they have been avoiding for six years already to execute the decision of the so-called Constitutional Court in Pristina to return 24 hectares of land to the Visoki Decani monastery, which is a striking proof that there is no rule of law in Kosovo and Metohija, Petkovic warned.

The Director of the Office for Kosovo and Metohija informed his interlocutor in detail about the position of the Serbian people in the province and a series of daily attacks on Serbs, their property, monasteries and churches, of which have been 179 since the beginning of last year, which seriously undermines efforts at resolving the conflict.

Petkovic underlined that daily political messages by the interim institutions of authority indicate that Pristina has no intentions of sincerely taking part in creating conditions for the normalisation of political and interethnic relations in the region.

He added that Belgrade remains committed to dialogue, because differences in the Western Balkans can be resolved only through dialogue and compromise, and every attempt at imposing a solution through one-sided moves and provocations will inevitably destabilise the situation on the ground, according to a statement from the Office for Kosovo and Metohija. 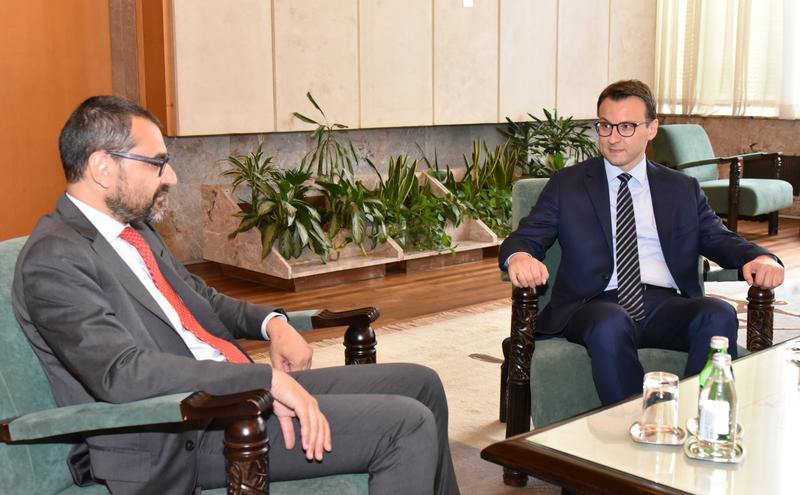