Director of the Serbian government's Office for Kosovo and Metohija Petar Petkovic said today in Brussels that the agreement on license plates between Serbia and so-called Kosovo that was reached on 30 September 2021 remains in force until a permanent solution is found.

Speaking to reporters after meetings with EU Special Representative for Belgrade-Pristina Dialogue Miroslav Lajcak and Pristina's chief negotiator Besnik Bislimi, Petkovic explained that this means that the sticker regime will continue until a lasting solution is found at a high level.

This was confirmed by the European Union and Special Envoy Lajcak, he said, adding that the Serbian side acted constructively and responsibly.

According to him, the meeting also looked at the questions of the Community of Serb Municipalities, license plates, energy, missing persons, medicines, ban on the entry of Serbian officials into the territory of Kosovo and Metohija and other.

We raised a set of issues in the bilateral meeting with Lajcak, and then in direct talks with Bislimi. It is important that we managed to meet Pristina representatives in person, because the main negotiator of Pristina has been refusing to talk directly with Belgrade representatives for six months, Petkovic stated.

He recalled that the establishment of the Community of Serb Municipalities has been delayed for nine years, since the signing of the Brussels Agreement, and that without the Community there can be no realisation of collective rights for the Serbian people in Kosovo and Metohija.

When that is lacking, we see a ban on elections and freedom of movement, various attacks and incidents on the Serbian people and their sacred sites, of which there have been 170 so far, which shows that the number of attacks on Serbs has increased by 50 percent since Kosovo Prime Minister Albin Kurti came to power, Petkovic pointed out. 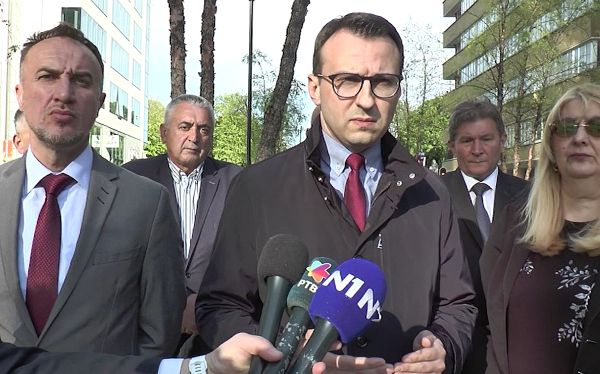