Participants reviewed Serbia’s progress in its accession negotiations and considered priorities for further work within the framework of the Stabilisation and Association Agreement.

Participants reiterated their commitment to the European perspective of Serbia. They welcomed the holding of the thirteenth inter-governmental conference with Serbia on 14 December 2021 and the opening of negotiations under cluster 4 on the green agenda and sustainable connectivity. They also welcomed Serbia’s ambition to open new accession clusters, on the basis of continuing progress in the implementation of the reforms.

Participants recalled that, in accordance with the enhanced enlargement methodology, Serbia should focus on the fundamental reforms. Progress on the rule of law and fundamental rights chapters, as well as on the normalisation of Serbia’s relations with Kosovo*, as set out in the Negotiating Framework, continues to be essential and will determine the pace of accession negotiations overall.

Noting recent progress on the rule of law, participants agreed on the need for Serbia to continue and deepen reforms in this area, in particular in the key areas of judiciary, fight against corruption and organised crime, media freedom and domestic handling of war crimes. They also agreed on the importance of proper functioning of democratic institutions and of strengthening the overall confidence in electoral processes as essential for democracy and rule of law.

Participants noted the preliminary results of the referendum on the constitutional amendments and welcomed the completion of this important step in the constitutional reform with a view to strengthening the independence of the judiciary. They looked forward to the revision of a number of implementing laws, which is an integral part of the reform, being prepared in line with the provisions of the Constitutional Law and in line with the Venice Commission opinions and European standards.

Participants agreed on the need for Serbia to engage constructively in the EU-facilitated Belgrade-Pristina Dialogue in good faith and in the spirit of compromise to achieve a comprehensive legally binding agreement in accordance with international law and EU acquis. This agreement should address key outstanding issues, contribute to regional stability, and is crucial for both Parties to advance on their respective European paths. Participants reiterated their strong expectation that all past agreements are fully respected and implemented.

Participants welcomed Serbia’s active participation and significant contribution to Common Security and Defence Policy military missions and operations and Serbia’s preparations to contribute to civilian missions. They also welcomed Serbia’s participation in the roster of the EU Battle Groups. Participants acknowledged that Serbia’s alignment rate with relevant High Representative declarations on behalf of the EU and Council decisions has increased in 2021. Participants agreed on the need for Serbia to further step up its efforts in progressively aligning with the EU Common Foreign and Security Policy and to continue to improve its current record in a sustainable and tangible way.

Participants underlined the need for meaningful regional cooperation and good neighbourly relations as essential elements of the enlargement process, including in the handling of war crimes. They agreed that further efforts are needed to overcome legacies of the past and to constructively foster mutual trust, dialogue and tolerance in the region, avoiding actions and statements that go against this goal.

Participants agreed on the importance of the Green Agenda for the Western Balkans and looked forward to Serbia developing an ambitious national energy and climate plan. The EU stands ready to provide support thereof.

Participants supported the Common Regional Market that was launched by the leaders of the Western Balkans at the Sofia Summit in November 2020 and recalled that fully inclusive regional cooperation, as identified in the Common Regional Market action plan, will remain crucial for taking full advantage of the potential of the region and of the Economic and Investment Plan for the Western Balkans.

During the visit, the Prime Minister also met with European Commissioner for Justice Didier Reynders as well as with President of the Committee on Foreign Affairs of the European Parliament David McAllister.

She also met with Vice President of the European Commission Frans Timermans. 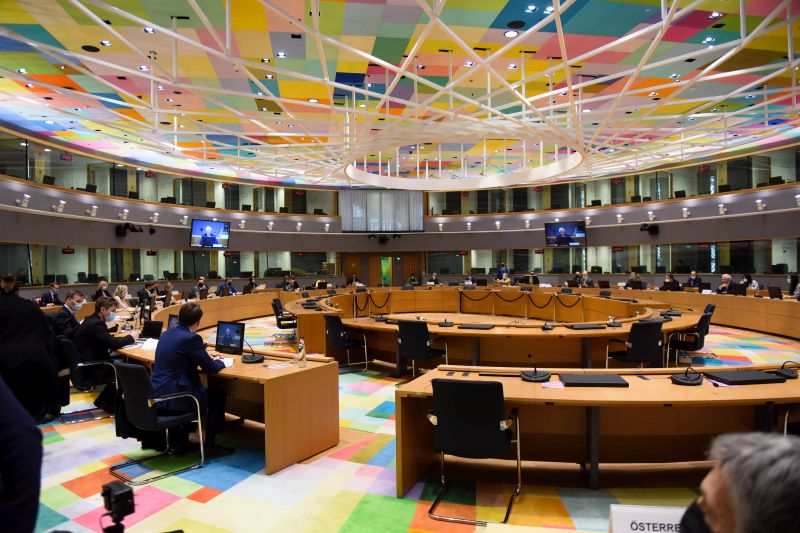