Brnabic underlined that she is satisfied with the results of the referendum on the change of the Constitution of the Republic of Serbia in the field of judiciary and the fact that the citizens of Serbia understood the importance of changes that lead to a more independent and efficient judiciary and which represent the most important step towards further reforms in the field of the rule of law.

The Prime Minister noted that the support from the most relevant professional associations, first and foremost the Judges' Association of Serbia and the Association of Prosecutors, is very important.

Head of the EU Delegation to Serbia Emanuel Giaufret welcomed the completion of this important step in the reform of the Constitution, which is in line with Serbia's strategic choice of joining the EU.

He underlined that the reform process aimed at strengthening independence of the judiciary should be continued, especially through changes to laws for an effective implementation of Constitutional amendments, in line with European standards, with the engagement of the Venice Commission.

Constitutional reforms and the recent opening of Cluster 4 in the accession negotiations with the EU which deals with the Green Agenda and Sustainable Connectivity are very positive steps for Serbia on its path to the EU, Giaufret said.

During the meeting, Prime Minister Brnabic voiced her protest over Pristina's move regarding the holding of the referendum in the territory of Kosovo and Metohija and its decision to deny Serbs in Kosovo and Metohija one of their basic human rights - the right to vote.

Brnabic and Giaufret also discussed her upcoming visit to Brussels on 25 January, where she will attend a session of the Council for Stabilisation and Association.

The meeting was also attended by Minister of European Integration Jadranka Joksimovic. 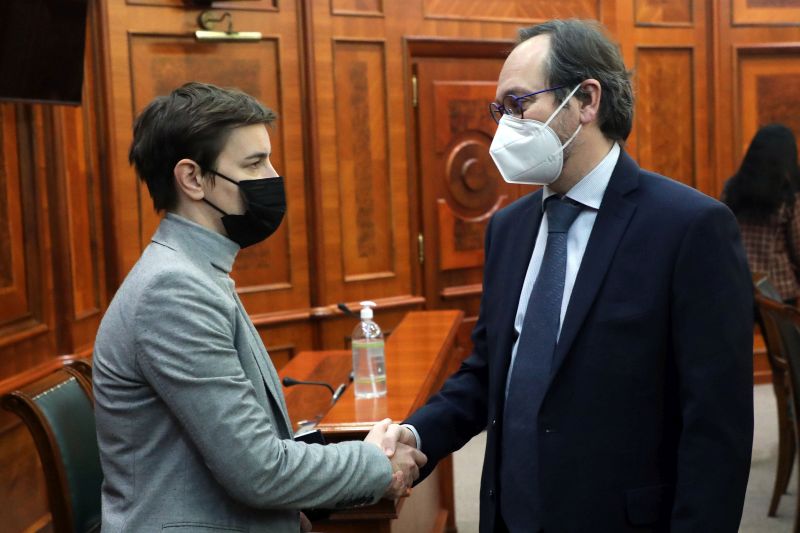