The delivery of keys to the remaining 413 apartments starts tomorrow, which means that keys to a total of 438 apartments will be delivered as part of this phase, in three new residential buildings in the Jugovicevo neighbourhood.

With this project we are saying thank you to you and your families for everything that you did, for having chosen a vocation that brings your life in potential danger every day, defending your motherland and the citizens of this country. This is the least that we can do for you, Brnabic stated.

She announced that the allocation of apartments in Sremska Mitrovica will start soon.

Earlier today, the Prime Minister visited works on the construction of a sewage network in the Kisac neighbourhood of Novi Sad, as part of the project “Clean Serbia”, which will regulate the emptying and the pouring over of septic tanks.

Brnabic expressed her gratitude to the Chinese partners who are working on this project for starting works on the construction of the sewage system very fast, on 9 October.

So far, 3.5 kilometres of the sewage network have been made until now, out of the total of 24.5 kilometres planned, and the completion of the project is scheduled for the second half of December this year.

The works in Kisac are part of the second phase of the project of construction of utility infrastructure, given that six kilometres have already been made in Novi Sad as part of the “Clean Serbia” project.

The city of Novi Sad is one of the 14 local self-governments that are included in this phase of the project.

The project was launched at the end of the summer last year together with Chinese partners and it will include the construction of over 250 water purification plants, along with 7,000 kilometres of sewage network.

A total of €4 billion will be used for the “Clean Serbia” project over the next five years. 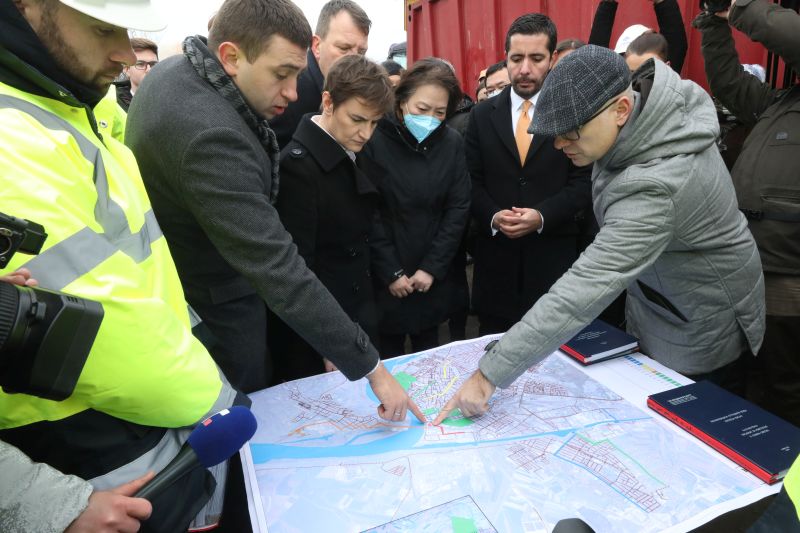