The Bill highlights in an adequate way the importance of managing intellectual property, which was created within a scientific research organisation, and it recognises the role and importance of a start-up with the aim of commercial exploitation of innovations.

The government adopted the Bill on Cultural Heritage, which creates legal framework for complete protection and preservation of cultural heritage and cultural goods in a unique way, regardless of the form in which they are created and where they are located and creates space for future incentives for lasting investments in cultural heritage.

The government adopted the Bill on changes and amendments to the Patent Act, which refer to the area of certificates on additional protection and protection of inventions by small patents.

The proposed changes expand the range of products that can be protected by small patents, and these are all products that are not excluded from protection by name.

The aim of the proposed changes and amendments to the Patent Act is harmonisation with the latest regulations of the European Union, as well as removal of certain shortcomings that have been spotted in the application of the current Patent Act.

The government also passed the amended Decree on the offer of a replacement trip for a tourist trip that was cancelled or not realised due to COVID-19 disease, which can now be used by 31 December 2022 at the latest.

The decision on the formation of the Working group for the external control of the Single electoral roll was made, in order to implement provisions of the Agreement on the improvement of conditions for holding elections, concluded in the Serbian parliament under the auspices of the Speaker of the parliament during interparty dialogue.

The government agreed that the Republic Directorate for Commodity Reserves carries out emergency sale of T-500 flour to bread producers whose production is endangered due to increase in the price of wheat and flour on both domestic and world markets, which is currently at a ten-year maximum.

The government made the decision to establish “Ras” science education centre with the aim of using the cultural and historical potential of this part of Serbia and Mount Golija, as one of the most beautiful and forested mountains in Serbia, which stretches across the territory of the municipalities of Ivanjica, Novi Pazar, Sjenica and Kraljevo. 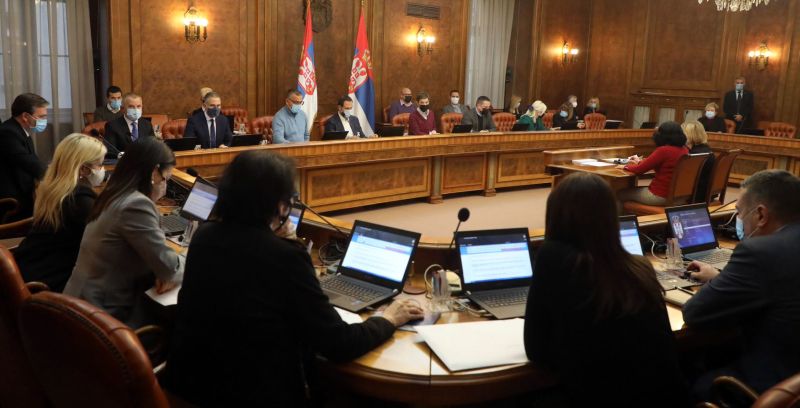