IMF increases projection of economic growth for Serbia to 6.5 percent

Prime Minister Ana Brnabic held a meeting today with a delegation of the International Monetary Fund (IMF) Mission, during which Head of the Mission Jan Kees Martijn pointed out that the IMF increased the economic growth projection for Serbia from 6 to 6.5 percent this year.

At the meeting, which was also attended by Minister of Finance Sinisa Mali, Martijn said that the projection of growth for the next year is 4.5 percent, noting that the Serbian economy is recovering with good dynamic from the crisis caused by the coronavirus pandemic and that the economic results are better than expected.

Brnabic recalled that a positive report of the European Commission on Serbia was published yesterday, and underlined that progress had been made in the area of ​​the rule of law for the first time in five years, that Serbia is on the right track, but that there is still a lot to be done.

The Prime Minister announced that a Report on the progress achieved in the implementation of unresolved recommendations to the Group of States against Corruption (Greco) will be submitted in the coming days.

She noted that the Venice Commission adopted a positive opinion on the Draft Act on the Change of the Constitution, that the work on the reform of the judiciary is being accelerated, as well as that the number of overdue cases at courts is being reduced.

The participants in the meeting also talked about the budget for next year and the reform of the Tax Administration, as well as the situation in the energy sector.

Brnabic emphasised that it is important that Serbia has preserved its gas reserves and that there is energy security, and in that sense, our country is in a better situation than many countries in Europe and the world. 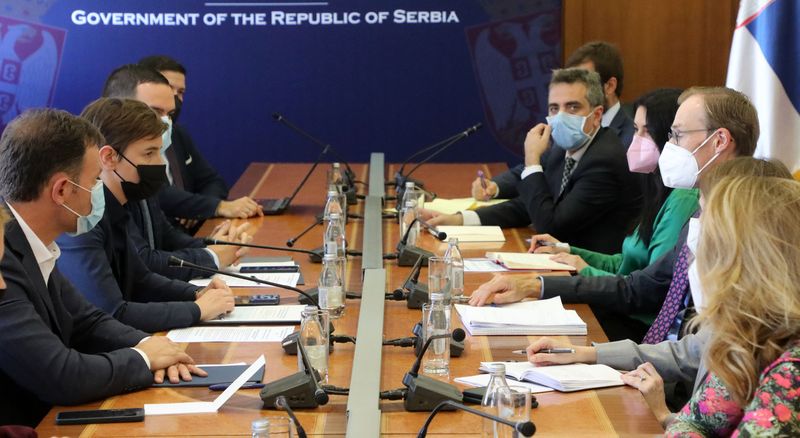