Serbia determined to implement every system for child protection

Prime Minister Ana Brnabic said today, at the opening of the Sixth International Expert Conference on Child Safety "Safety and Responsibility 2021", that Serbia is determined to do everything and implement every system that will improve protection and child safety.

At the meeting, organised by the Tijana Juric Foundation and the Centre for Missing and Abused Children, Brnabic stated that a meeting was held two days ago between representatives of the Ministry of the Interior and the Commissioner for Information of Public Importance, in order to remove the last obstacles in the system in Serbia, i.e., in order to harmonise legislation.

Children are the most vulnerable social group, and our duty and obligation is to protect them, the Prime Minister emphasised.

Serbia especially wants to dedicate itself to the protection of children in the digital sphere, i.e., on the Internet and social networks, she stated and reminded that on her initiative, from the last school year, the subject "Digital World" was introduced from the first grade of primary school through which children learn about risks, safety, why and where they should not leave their data, how to react to inappropriate content and the like.

The founder of the Tijana Juric Foundation, Igor Juric said that the introduction of Amber Alert is also in the Action Plan for Chapter 23 within the European integration of Serbia, and added that it, in addition to the Prime Minister's support, gives him hope that the system will soon be introduced in our country.

US Ambassador to Serbia Anthony Godfrey said that the United States is ready to provide funding, technical support and expertise from America for the introduction of the Amber Alert system in Serbia.

Ambassador of Belgium to Serbia Koenraad Adam pointed out that the survival of the abducted children depends on the speed of the action of finding them, emphasising that prevention is also extremely important in these issues. 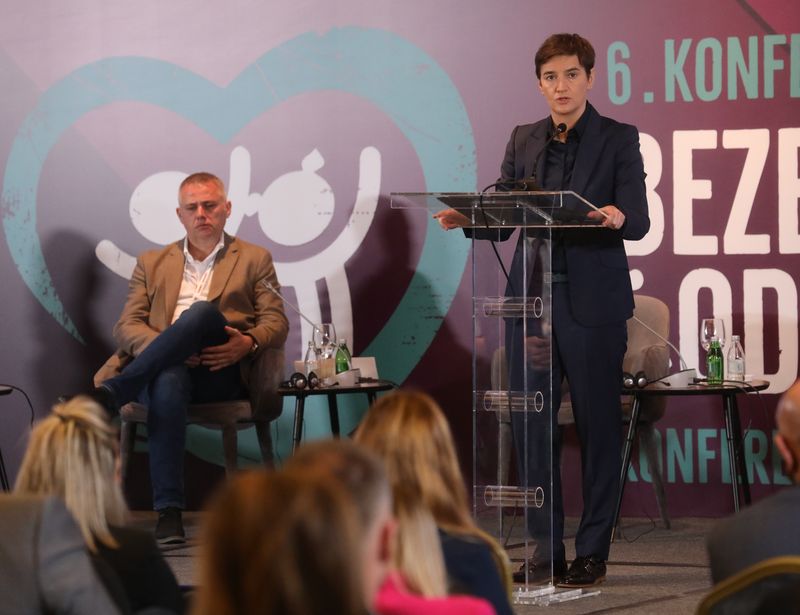