Minister of Foreign Affairs Nikola Selakovic participated today in New York in the session of the United Nations Security Council, at which the UN Secretary General's Report on UNMIK from March to September was discussed.

Selakovic noted  that the fact that the security situation in Kosovo and Metohija in the past period was marked by an increasing number of various ethnically motivated attacks and incidents directed against Serbs, which was stated in the Report of UN Secretary General Antonio Guterres – to temporary self-government institutions, causes great regret and concern.

Pristina authorities are making unilateral steps and refuse to implement the agreements reached in the Brussels dialogue, he said.

He added that institutional discrimination against Serbs, attacks on the facilities of the Serbian Orthodox Church and undermining the economic sustainability of Serb communities in the province continue.

He reminded of the events that are not included in the reporting period of the latest UN Secretary General's report on the work of UNMIK, but he referred to them so that everyone would understand how dramatic the situation on the ground is and how serious the consequences of Pristina's unilateral actions can be.

According to him, the last one was a violent incursion of so-called units. ROSU in the northern part of Kosovska Mitrovica, on 13 October.

Selakovic pointed out that tear gas, shock bombs and unbridled violence are becoming the everyday life of Serbs in the north of Kosovo and Metohija, and that must be stopped immediately.

The false excuse for the latest unilateral action, as EU High Representative for Foreign Affairs and Security Policy Josep Borrell called it, was the fight against organized crime and smuggling, he said.

It is obvious that Pristina wants to erase 10 years of dialogue with such moves, which is the only way to resolve open issues. These provocations once again confirm that the temporary institutions of self-government in Pristina, not only do not intend to implement everything agreed in the Brussels dialogue, but that their goal is to completely deny the dialogue as a means to solve the problem, Selakovic said.

He pointed out that Pristina's non-credibility and dangerous play with fire, which can lead to unforeseeable consequences, cannot be effectively responded to by calling on "both sides" to constructiveness and restraint, which has long been a manner in public communication of some important factors in international affairs. 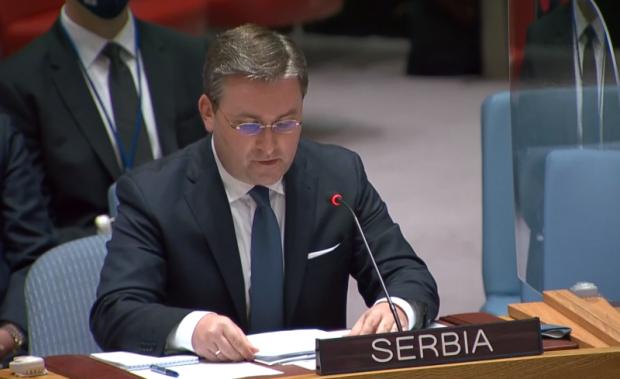