Prime Minister Ana Brnabic said today that the complete digitalisation of health care is one of the key priorities of the government of Serbia and pointed out that everything done in the last five years in the digital transformation of public administration and education paid off during a coronavirus pandemic.

Everything we did during 2016 and 2017 in the digitalisation of administration and education reform really paid off during the covid crisis, we were almost prepared for the pandemic, said Brnabic, who was interviewed by Daniel Korski, a former adviser to the British prime minister who now runs an investment fund "Public", which supports startups that deal with innovations in public administration.

Speaking about the digitalisation of education in Serbia, the Prime Minister stated that the introduction of digital textbooks and classrooms began in 2018 and that Serbia was ready when online classes in schools were introduced in March last year due to the coronavirus pandemic.

I think that we are one of the few countries in which students did not lose a single class during the pandemic, said Brnabic.

Emphasising the importance of digital technologies, she reminded that the Office for IT and eGovernment had the capacity to quickly develop software and a system for registering citizens for vaccination, as well as that citizens understood the benefits of the digitalization process.

Speaking about the consequences of the covid pandemic, the Prime Minister mentioned that there are positive things in that plague, and that is that the citizens now understand the importance of eGovernment and digitalization.

For the first time, citizens saw the meaning of what we have been doing since 2016, especially on the example of the vaccination process. At the same time, healthcare employees saw and understood the importance of digitalisation in that area, said Brnabic.

She added that there are still those who are afraid of digitalization because they are afraid that they will lose their jobs, emphasizing that her view is completely different.

I believe that people will keep their jobs, but that this process will make their work more interesting, and that, using digital technologies, they will have much more time to be more creative and innovative in their work, she pointed out.

The next big challenges are artificial intelligence, biotechnology and biomedicine, said Brnabic and pointed out the importance of the "Biofor" project, which will unite the best capacities of Serbia in the fields of biomedicine, biotechnology, bioinformatics and biodiversity. 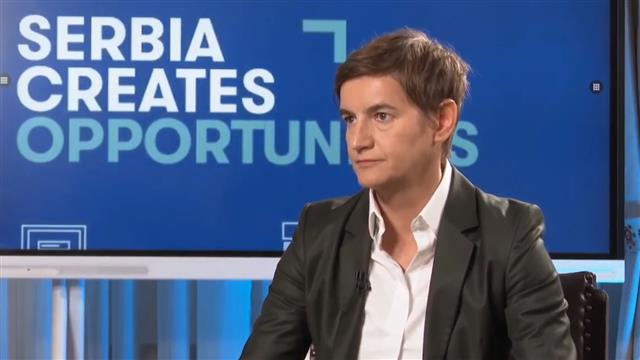