President Vucic emphasised the importance of communication with UNMIK and added that Serbia is always ready to make additional efforts in order to further develop models of exchange of opinions with the UN Mission in Kosovo and Metohija.

The President of Serbia emphasized that the last move of Pristina and the deployment of ROSU members at the administrative crossings of Jarinje and Brnjak, represents a new provocative and unilateral measure after the attempt to form the so-called army of Kosovo and the introduction of taxes on Serbian goods, which causes great concern for Serbia for the future of Serbs in Kosovo and Metohija.

Vucic especially emphasised that Serbia, as always, will continue its efforts to preserve peace and stability, but that the situation also depends on the Pristina side, which should refrain from constant unilateral moves that significantly worsen the situation in Kosovo and Metohija.

The presence of the UN, i.e., UNMIK, as well as other international missions in Kosovo and Metohija, is more than necessary as a guarantee of the security of the Serbian people, Vucic stressed, adding that UN Security Council Resolution 1244 is and should be the legal framework for the international security presence in Kosovo.

The officials agreed that the presence of the UN Mission is very important for maintaining stability in Kosovo and Metohija, both through the consistent implementation of UN Security Council Resolution 1244, and through the commitment to implement the agreements reached within the Brussels dialogue. 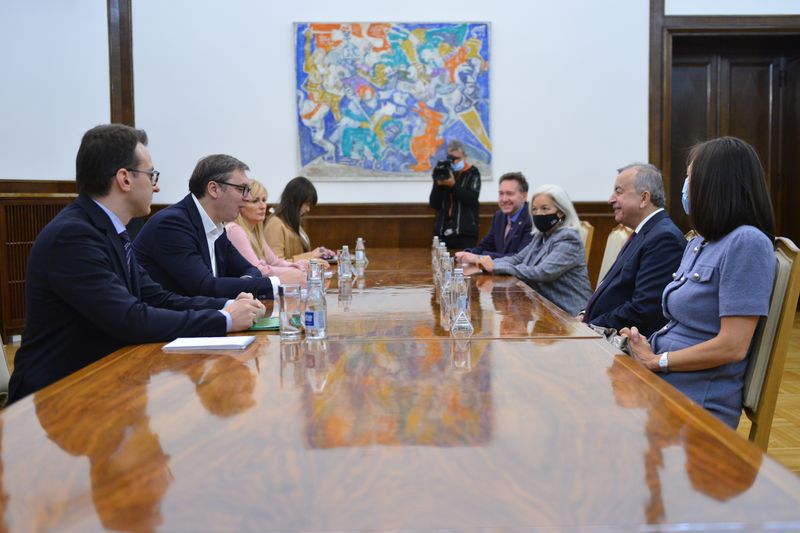