Serbian President Aleksandar Vucic confirmed today that the Serbian side accepted in Brussels today a compromise proposal made by the EU for the de-escalation of the situation in the north of Kosovo and Metohija.

Speaking at a press conference in Nis, where he had previously attended the start of works on the modernisation and rehabilitation of the Nis-Brestovac railway together with European Commission President Ursula von der Leyen, Vucic said that he believes that some kind of compromise solution has been reached, with which he is satisfied and for which he believes it is important for Serbia.

The President said that under item 1, both sides agreed that the ROSU Special Units withdraw from Jarinje and Brnjak by 2 October at 16.00 at the latest, simultaneously with the removal of barricades on that day starting from 8.00.

In addition, KFOR will deploy its forces even before the implementation at Jarinje and Brnjak and will remain around two weeks to keep a safe and secure environment and the freedom of movement.

Under item 2, the sticker regime will be introduced as of 4 October at 8.00, as an interim measure until a final solution is reached, which has been postponed for some time and is yet to be discussed in Brussels, he said and added that he finds this to be a great success of the Serbian side.

Under item 3, a working group will be set up, which will consist of representatives of the EU, Belgrade and Pristina and they will search for a permanent solution to the issue of licence plates, in line with European standards and practices.

According to the Serbian President, the first meeting of the working group will be held on 21 October, and during the period of six months the group will present its findings and the final solution to the highest level of the dialogue format. 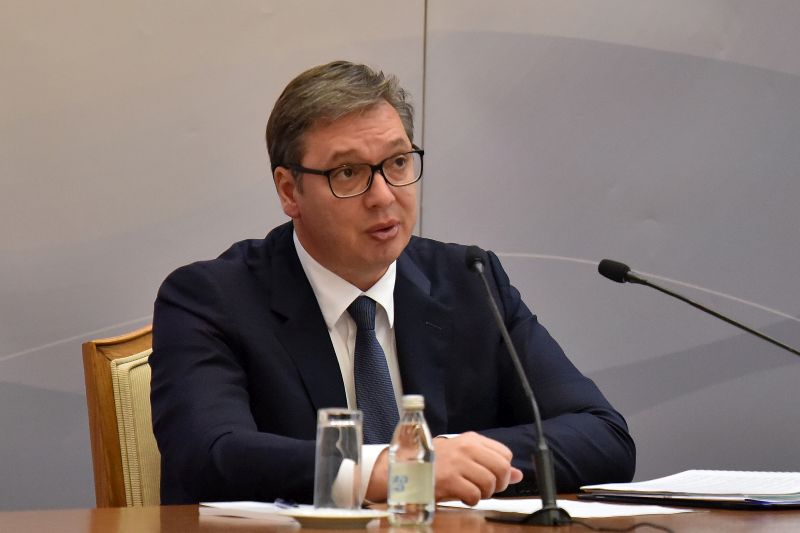