Prime Minister Ana Brnabic met today with new Head of the Delegation of the European Union to Serbia Emanuele Giaufret.

Brnabic welcomed the new EU ambassador, emphasising that a lot of joint work is ahead in achieving the set goals and that she is fully open to all proposals and suggestions in order to achieve results in the most efficient way.

The Prime Minister pointed out that full membership in the EU is a key foreign policy priority of Serbia, and at the same time welcomed the adoption of the EU Economic and Investment Plan, as well as the proposal to increase financial resources within the IPA funds.

She also stressed that Serbia is working to open two clusters, in line with the progress made during Slovenia's EU presidency.

Brnabic emphasised that Serbia pursues the fight against organised crime and corruption in a transparent manner.

According to her, strengthening the economy remains one of the most important goals of the government, and the set priority for the next year is the employment of young people, especially those who would have their first job.

Ambassador Giaufret congratulated Brnabic on the achieved economic and business results, and emphasised that he is looking forward to joint work with the government of Serbia on the implementation of the country's priorities in order to accelerate Serbia's path to European integration, especially in the field of rule of law, environmental protection, digital agenda and connectivity as well as finding the most efficient way to achieve them.

Brnabic and Giaufret also discussed the freedom of the media, the attitude towards civil society and the inter-party dialogue between the representatives of the government and the opposition, with the mediation of the members of the European Parliament. 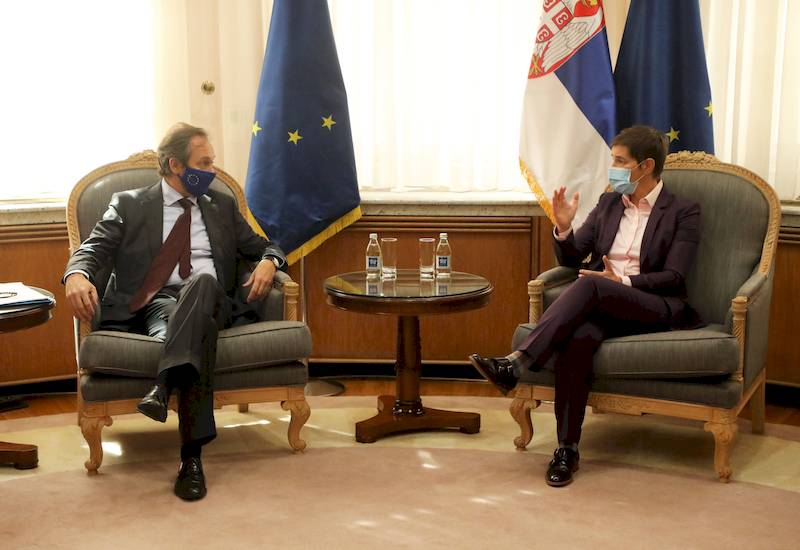