The Ministry of Foreign Affairs strongly condemns the publication of an article in the "Jerusalem Post", titled "This disgraceful mocking of the Holocaust needs to stop now", by David Goldman, which is full of inaccurate and malicious data.

We are shocked at this shameless attempt to revise history and relativise the biggest and most monstrous crime in these lands.

Among the myriad of texts created on the wave of historical revisionism and apologetics of the fascist ideology of evil, this one published on 14 August 2021 in the newspaper "Jerusalem Post" stands out for its ruthlessness. On the pages of a reputable newspaper, the author of the article titled "This disgraceful mocking of the Holocaust needs to stop now" insults the innocent victims of the Jasenovac concentration camp, but also the common sense of Israeli and international readers, claiming that no more than 4,500 victims were killed in the largest concentration camp of the Nazi Independent State of Croatia.

Hundreds of thousands of victims of the camp, which was the centre of the Ustashe genocide against Serbs, Jews and Roma have been denied and repudiated for a long time, first by revisionists from the margins, followed by the political leadership of the restored Croatian state in the early 1990s who joined this unfortunate endeavour.

The most shameless minimisation of the number of victims of the Jasenovac camp was insisted on by the former President of Croatia, Franjo Tudjman, talking about 30-40,000 people killed, and no one could have guessed that the most respected Israeli newspaper would surpass him in the madness of revisionism.

The Republic of Serbia and the Serbian people as a whole have always stood in defence of the truth, preserving the memory of the innocent victims of the Holocaust, strongly opposing any attempt to relativise in any way the scale of the gravest crime in the history of the world.

By remembering the six million Jews killed in the monstrous Nazi bloodshed, we also defend the dignity of every Serb victim who suffered from the same evil, and in the area of the Independent State of Croatia from the same hand.

We believe that we will continue to have the most sincere ally in the people of Israel, who are dedicated to freedom and truth, in defending the right to remembrance, despite the nefarious attempts at manipulation that we are unfortunately witnessing. 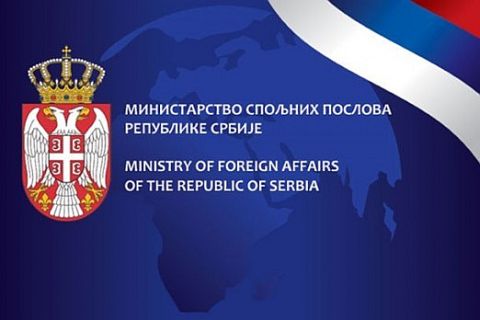