Minister of Foreign Affairs Nikola Selakovic said today that member of the European Parliament Viola von Cramon, when commenting on yesterday’s meeting that was held as part of the Brussels dialogue, made a serious political and diplomatic breach.

Selakovic underlined that she tried to playdown the importance of and defend Pristina’s total unwillingness to talk in a constructive way about any topic whatsoever and implement the obligations it had assumed.

According to Selakovic, introducing the principle of “nothing has been agreed on until everything is agreed on” into a process that is based on clearly defined deadlines for the implementation of agreements is nothing else but an attempt at ruining the dialogue.

He said that such a view of the Brussels dialogue would also free Belgrade from all obligations to act in line with the agreements made in the previous years, with the mediation of the European Union and guarantees from Brussels that those agreements would be implemented. Selakovic voiced hope that von Cramon does not recommend any such thing.

We are faced one more with an absurd situation that a person that builds its political capacity on the fact that he or she is a member of an EU institution undermines processes that are guaranteed precisely by the EU, and it is high time that the increasingly overt lobbying of von Cramon for the self-proclaimed Kosovo were sanctioned at the institutional level, the Minister pointed out.

According to him, the process of normalisation of relations between Belgrade and Pristina is delicate and must be carefully managed, of which the European Commission and the European External Action Service are aware as any irresponsible behaviour in that process could worsen the situation on the ground and cause destabilisation.

For this reason, Selakovic called once again on all those who follow the development of the Brussels dialogue to measure their words carefully because the consequences of their irresponsibility can be far-reaching.

The Minister recalled that soon it will be 3,000 days since Pristina committed itself to enabling the formation of the Community of Serb municipalities, but now not only is the fulfilment of this obligation not in sight, but Pristina openly tells EU representatives that it is not interested in doing any such thing. 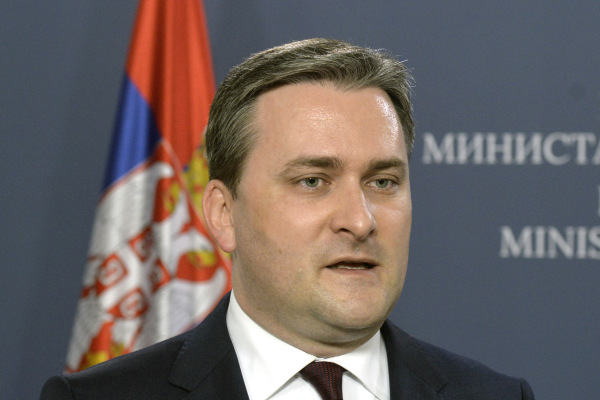