At the end of the first day of his official visit to Iran, Minister Selakovic said that he used the opportunity to thank the Islamic Republic of Iran for its principled and continuous support to the issue of supreme national and state importance for Serbia - preserving Serbia's territorial integrity and sovereignty in Kosovo and Metohija.

Selakovic pointed out that Iran supports Serbia in its efforts to stop Pristina when it tries to become a member of certain international organisations.

The Minister of Foreign Affairs also pointed out that in the conversation with his Iranian counterpart, special attention was paid to the potentials and opportunities for the development of economic cooperation, especially when it comes to agricultural production, food industry, but also many other areas, such as modern technologies, wood processing, automotive industry, as well as the furniture industry and production of agricultural machinery.

One of Iran's fields of interest is the development of spa tourism in Serbia, and I will use the continuation of the talks I have during Iftar, to which Minister Zarif invited me, to discuss these and other topics of common interest for the two countries, Selakovic said.

Also, when it comes to the development of tourism, the pandemic will eventually pass one day, and Serbia and Iran should be prepared for the moment when they will be able to cooperate in these fields as well, Selakovic said.

Before the beginning of the meeting, the two delegations, Minister Selakovic and his Iranian colleague Zarif signed an agreement on cooperation between the ministries of foreign affairs of the two countries.

In the continuation of his visit today, Selakovic will meet with Iranian President Hassan Rouhani and Parliament Speaker Mohammad-Bager Gallibaf.

A meeting with Minister of Agriculture Kazem Khavazi is also scheduled for today. 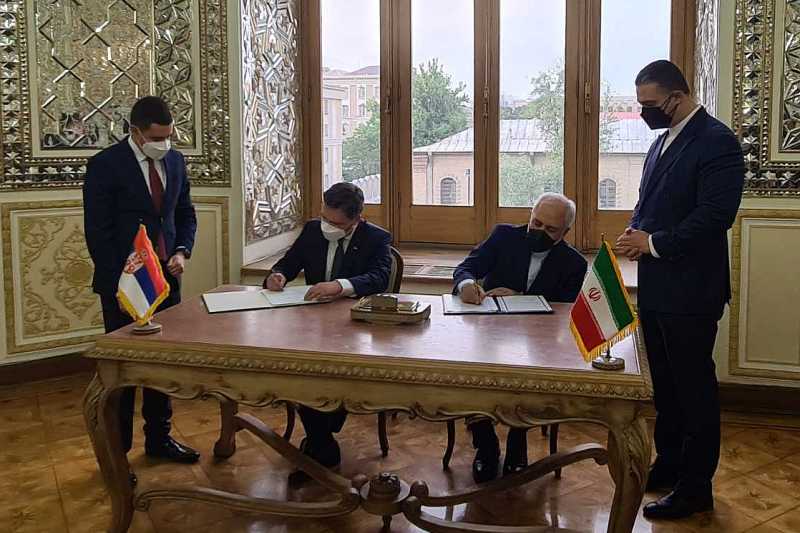