Rio Tinto will have to adhere to best environmental standards

Prime Minister Ana Brnabic stated today, regarding a potential opening of a jadarite mine near Loznica by the company Rio Tinto, that environmental protection standards will be respected and that Serbia will not allow lithium to be exported as a raw material.

Brnabic, who is answering questions of MPs at the Serbian parliament, told all citizens of Serbia, especially Loznica, that the greatest attention will be paid to the study on environmental protection and that Rio Tinto will be requited to adhere to the best environmental standards.

She added that an environmental impact assessment study is currently being made, which should be completed by June, and noted that until the study has been finished, no final decisions on the further course of the project will be made.

The mine which is planned to be opened would be underground and would not damage arable land, the Prime Minister explained.

According to her, the company's investment of over €1.5 billion is in public interest and the fact that this deposit provides Serbia with 10 percent of the world’s lithium reserves, and Rio Tinto gets the right to exploitation.

Answering a question on Belgrade metro, Brnabic said that funds have been set aside from the budget for feasibility studies, project and technical documentation and for the beginning of construction, which is planned for the end of the year.

The Prime Minister underlined that the Balkan Stream gas pipeline has a multiple importance for Serbia, because it bring more gas, expands the gas pipeline network through the country, contributes to new investments and environmental protection and it also enabled us to become a transit country for gas.

She expressed satisfaction with the fact that Serbia completed the construction of this gas pipeline on its territory on time and that it was put into operation on 1 January. 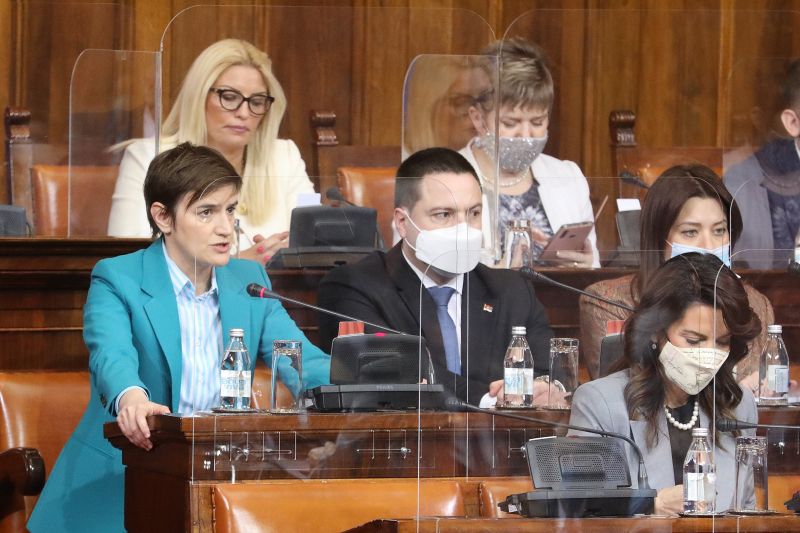