Serbia approaches every segment of fight against pandemic responsibly

Prime Minister Ana Brnabic announced that more than 50,000 people have been vaccinated in our country by this morning, and that three vaccines are available to citizens – Pfizer-BioNTech, Sputnik V and Sinofarm.

In a statement for Happy Television, Brnabic pointed out that Serbia wants to help the surrounding countries with regard to the vaccine against the coronavirus, reminding that President of the Republic Aleksandar Vucic and Prime Minister of North Macedonia Zoran Zaev reached an agreement to help that country with 8,000 doses.

As she pointed out, Serbia is also helping the registration of vaccines in North Macedonia, which has also been offered that doctors from the red zone come to us and get vaccinated.

She explained that the the government of Serbia’s task is to help the countries in the region noting that if our citizens are vaccinated and the neighboring countries do not have the vaccine, we cannot make progress either.

In that context, the Prime Minister expressed her belief that the vaccine from the European Union will come not only to Serbia, but also to the entire Balkans.

When it comes to Albania, Brnabic said that the Prime Minister of that country said that they received 975 vaccines, without even specifying exactly from which country.

She assessed that it is not possible to introduce covid passports for two reasons – one is discrimination, and the other is that Germany and France oppose it, which are important countries in the EU and without which that decision could not pass.

Even if covid passports are introduced, Serbia is ready thanks to its information system, the Prime Minister said expressing doubt it would happen.

According to her, during the pandemic, Serbia positioned itself as one of the most serious countries in the world, since we did not have a shortage of drugs, food or anything that was needed.

Serbia has obtained the largest quantities of vaccines, which are free and available to all citizens, the Prime Minister underlined and added that in health centres where immunisation is performed, there is no return of people who come unregistered in advance, but they will also be vaccinated.

According to her, Serbia is one of the few countries that has an information system through which citizens can apply for vaccination.

There is no more irresponsible move than the announcement of the temporary Pristina authorities that they will seize vaccines that arrive in Kosovo-Metohija from Serbia, said the Prime Minister and assessed that in that way they reduce the political campaign to an attack on human health.

Brnabic said that in any case, Serbia will not allow the health of our citizens in the southern province to be endangered.

Also, the Prime Minister pointed out that during the hearing of the new candidates before the American Congress, the Washington Agreement was pointed out as one of the positive things of the Donald Trump administration.

The implementation of the Washington Agreement remains, she underlined, and in that sense stated that the US International Development Financial Corporation (DFC) remains in Belgrade and the signing of contracts and financing of our companies continues, Brnabic repeated. 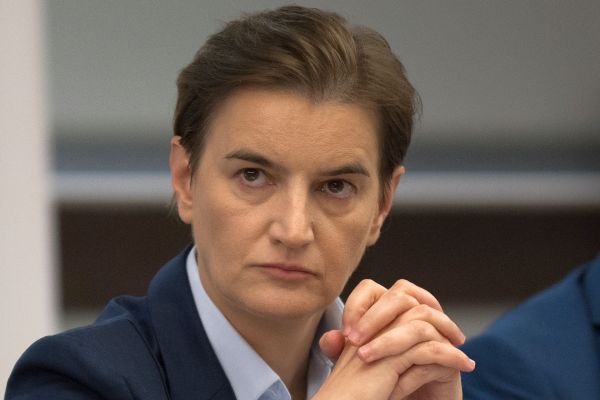