Vaccination against coronavirus on voluntary basis

Prime Minister Ana Brnabic confirmed that voluntary mass vaccination against coronavirus is starting in Serbia today, which means that people who refuse to receive the vaccine will not suffer any kind of sanctions.

In a statement to Television Prva, Brnabic recalled that one million doses of the Chinese COVID-19 Sinopharm vaccine arrived in Serbia on 16 January and that the Serbian Agency for Medicines and Medical Devices approved  last night the use of the first 100,000 doses of the Chinese vaccine.

We are starting with vaccination at the Belgrade Fair site today, and as of tomorrow the sites will be opened in all major Serbian cities, such as Novi Sad, Kragujevac, Krusevac. Also, every community health centre is ready for immunisation, the Prime Minister underlined.

According to Brnabic, additional quantities of the Pfizer vaccine arrived yesterday, and 250,000 more doses of the Russian Sputnik V vaccine are expected by the end of the week. We also hope we will be able to get another million doses of the Chinese Sinopharm vaccine.

The Prime Minister highlighted that all the vaccines that have been approved by the Serbian Agency for Medicines and Medical Devices are safe and added that Serbian President Aleksandar Vucic will receive the Chinese vaccine as that is the vaccine of which we have the largest amount.

Brnabic underlined that Serbia did not get the vaccines as a gift, but it paid for them, adding that it donated to the European Union around €2 million for vaccine research, that it made advanced payments and the first tranches for various types of vaccines, which until now amount to near €6 million. 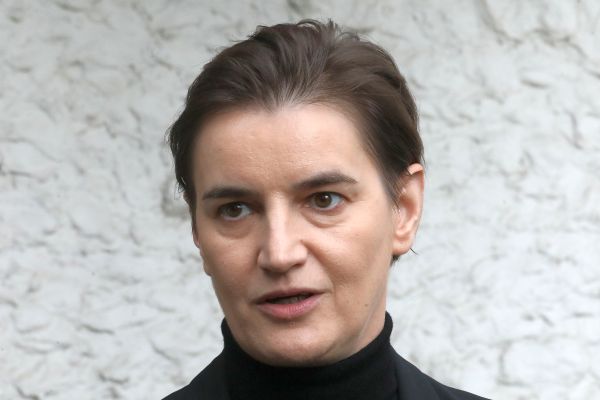