President of the Republic of Serbia Aleksandar Vucic stated today that during a new round of dialogue between representatives of Belgrade and Pristina at the highest level, two new topics were opened – the Community of Serb Municipalities and property and financial requirements.

In a statement to the press, Vucic stated that the topics discussed were the missing persons, internally displaced persons and economic issues, and it was agreed to open the two above-mentioned topics.

The most difficult questions are yet to come, on which the views are completely opposing, which is why the talks will be complicated and difficult, Vucic said and added that he is not dissatisfied with today's meeting though.

The President announced that, as soon as a new government is formed and the Serbian parliament begins to work at full capacity, the topic of Kosovo-Metohija will be put on the agenda.

He said that during the day he spoke in two sessions with Avvdulah Hoti and Skender Hyseni.

He expects that the amount of the sum will become known within a month and a half.

Earlier today, as the Office of the President of Serbia announced, on the occasion of the continuation of dialogue between Belgrade and Pristina under the auspices of the EU, Vucic and Hoti confirmed to EU High Representative for Foreign Affairs and Security Policy and Vice President of the European Commission Josep Borrell that they give the highest priority to European integration and the continuation of Belgrade-Pristina dialogue under the auspices of the EU, which is a key element of their path to the EU. 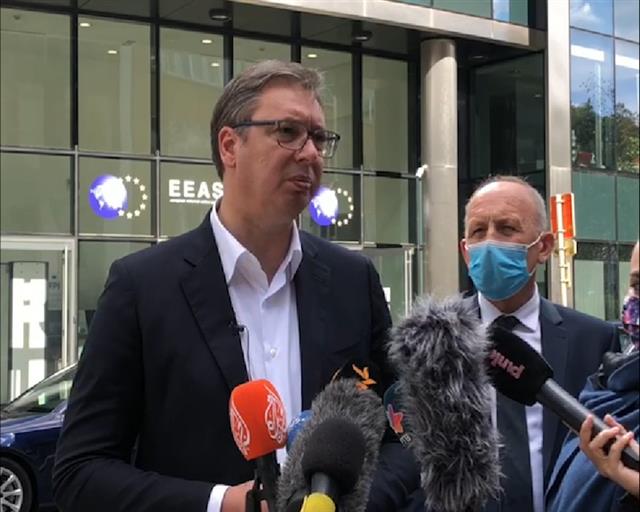