Prime Minister Ana Brnabic met with EU Special Representative for the Belgrade-Pristina dialogue and other regional issues of the Western Balkans Miroslav Lajcak.

Brnabic emphasised that Serbia is always committed to the dialogue and that it is ready for the continuation of the dialogue between Belgrade and Pristina under the auspices of the European Union, noting that our country appreciates all the efforts of the Union in resolving this very important issue.

The Prime Minister assessed that the readiness for the implementation of the Brussels Agreement to be on the dialogue agenda is a positive signal and hope that the dialogue will continue in good faith.

Brnabic thanked Lajcak for her readiness and commitment to fully engage and help Belgrade and Pristina find a lasting solution, emphasising that Serbia's European path and the continuation of reforms, as well as cooperation in the region, will be a priority for the next government.

Speaking about the foreign policy orientation of the country, she pointed out that the first message of the President of the Republic, Aleksandar Vucic, after the parliamentary elections, is the acceleration of Serbia's European path and reform processes.

Lajcak expressed the expectation that the talks would continue in July, and added that the intention is to work on making progress and reaching a final and comprehensive agreement between Belgrade and Pristina.

The EU Special Representative confirmed that the Union will insist on the implementation of all previous agreements, assessing that dialogue is a platform for resolving all open issues.

He pointed out that the readiness of the Union to mediate in the talks between Belgrade and Pristina is an important indicator of the importance of the Western Balkans region, and that its stability, prosperity and European perspective are high on the EU agenda. 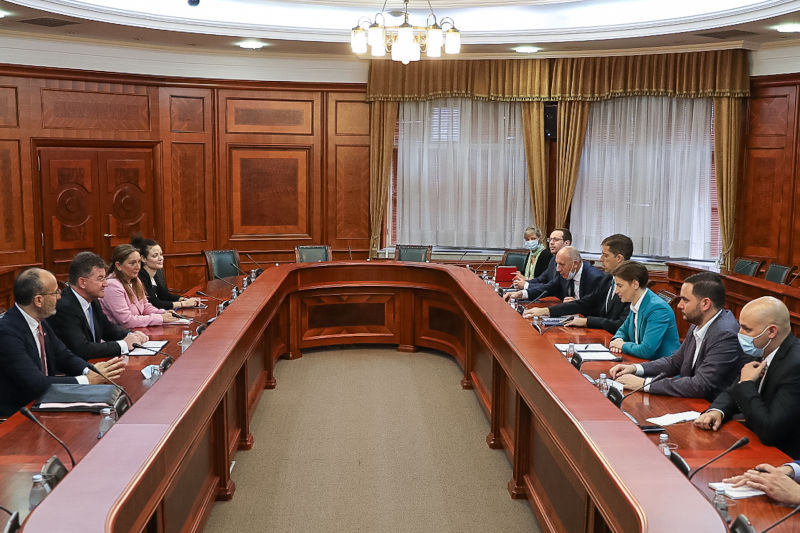