No economically strong country without culture

Prime Minister Ana Brnabic said today in Novi Sad, where the project of the network of cultural stations was presented, which was created as a result of the project "Novi Sad - European Capital of Culture", that without culture and creativity there is no economically strong country.

Brnabic also announced a new project "National Capital of Creativity", within which every year a city or municipality in Serbia will take the title and receive funds to finance cultural projects, but also other areas of creativity.

The goal of that project, as she explained, is the decentralisation of culture and the empowerment of cities and municipalities in Serbia through the opening of cultural stations and support for young people and their creativity.

What Novi Sad did in previous years to promote the city as the European Capital of Youth and the European Capital of Culture gave us the wind in our backs and showed us the way for the whole of Serbia. Every year in Serbia, we will have one city that will be the domestic capital of creativity, with the greatest emphasis on young and promising artists and creatives, the Prime Minister said.

She stated that all cities and municipalities except Belgrade and Novi Sad will be able to apply for the National Capital of Creativity, and that the first title will be proclaimed in 2023.

At the end of the year, as she announced, a public invitation will be published for cities and municipalities to apply for specific projects.

The Prime Minister pointed out that the Government of Serbia had worked a lot in the previous period on improving the cultural life in Serbia, noting that it had taken a loan of €20 million from the European Development Bank for the improvement of infrastructure projects in the field of culture.

Mayor of Novi Sad Milos Vucevic said that the eight cultural stations in Novi Sad represent a renaissance of the cultural life of Novi Sad, Vojvodina and Serbia. 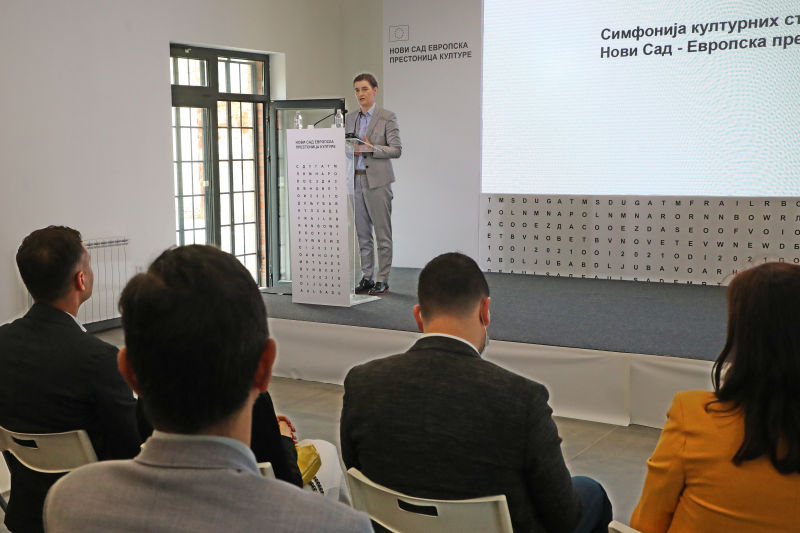