Prime Minister Ana Brnabic presented today to businessmen the measures for development of the innovation economy, which should help them to develop their business faster, employ people and facilitate the return of Serbian people from abroad, increase the competitiveness of the economy and connect the economy and universities.

At the meeting organised by the Serbian Chamber of Commerce themed “Measures for support to the development of the innovation economy”, Brnabic said that the application of some measures has already started and that the latest, which facilitates the employment of repats and foreigners, will start to be applied as of 1 March.

She called on representatives of 710 companies to use the possibilities that the state offers them for the employment of young people, our people from the diaspora and foreigners.

According to Brnabic, these measures will increase the productivity and competitiveness of businessmen in Serbia.

Specifically, the employers will pay 70% less taxes and contributions on salaries during five years if they employ our people from the diaspora, the young and foreigners, under certain conditions.

The 70% reduction in taxes and contributions on salaries will also be possible for the employer if he hires a person under 40 years of age who was abroad for studies for at least one year and pays him or her the salary of RSD 145,104.

When employing a foreigner, his or her salary should be higher than RSD 217, 656 so that the employer could use the tax benefits.

We want to attract either highly qualified professionals or workers in the fields where we have a labour shortage, Brnabic concluded. 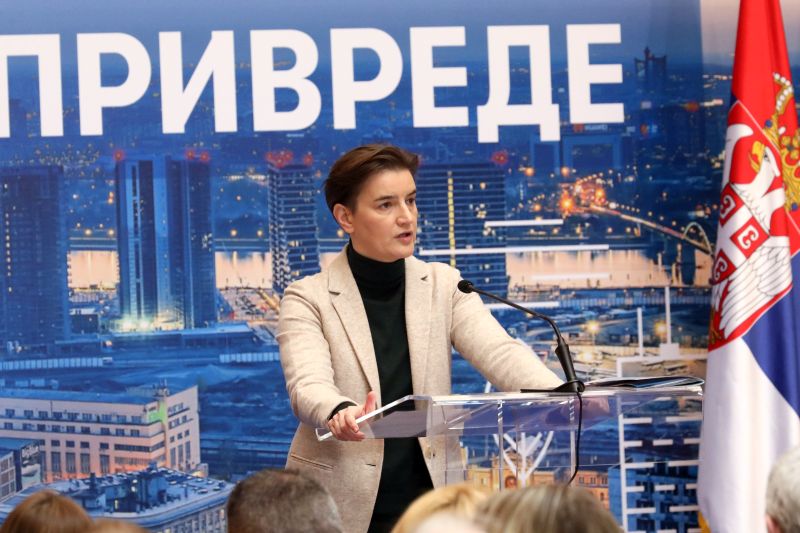