Government to aid implementation of projects important for Serbs in Hungary

Prime Minister Ana Brnabic talked today with representatives of the Self-Government of Serbs in Hungary about the ways of improving the position of the Serbian minority in that country.

Brnabic stated that the Serbian government will help to implement the priority projects, but also to overcome the red tape so that the funds already approved by the Hungarian government for the projects of exceptional importance for our people could be used.

Representatives of the Self-Government of Serbs in Hungary told the Prime Minister that the position of the Serbs in Hungary is currently at the historical maximum, but that there is still room for progress through the work of the Mixed Intergovernmental Commission.

They underlined that it is of vital importance that pupils get textbooks in the Serbian language and Cyrillic, atlases for geography and history and reading primer books and that such help from the mother country would be of exceptional importance.

Serbia’s help would also be valuable in providing the missing funds for the enlargement of the Nikola Tesla education centre in Budapest, for the purchase of a building for the boarding school because that is a hub of Serbian students from all over the region, not only from Hungary.

One of the priorities is also the school in Szeged, a city known as a secular centre of the Serbian community and for whose construction the funds have already been set aside.

Brnabic stated that the Serbian government will make concrete steps to help complete the projects that have been initiated, intensify the work of the Mixed Intergovernmental Commission and that the school in Szeged obtain the legal status of an institute of public importance. 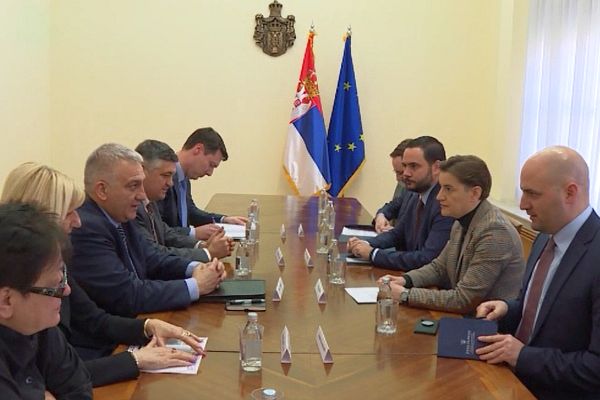